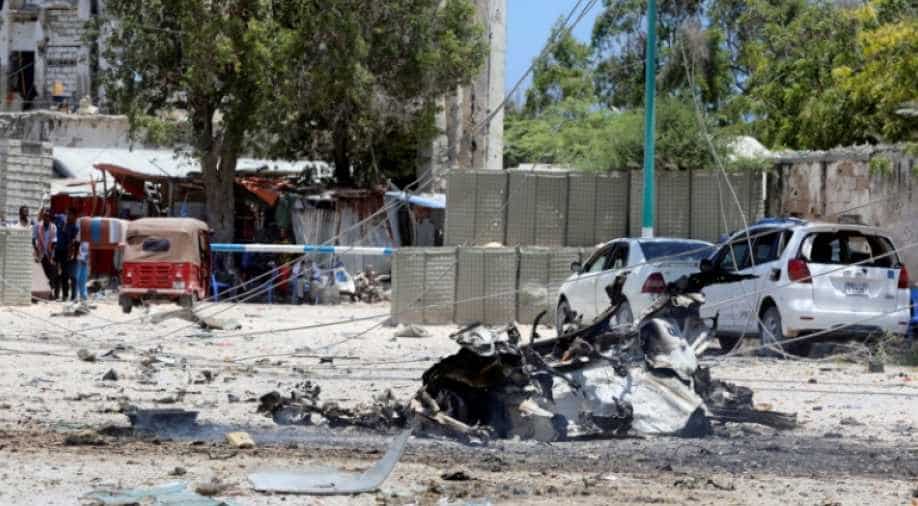 Abdiasis Abu Musab, al Shabaab's military operation spokesman, said the militant group was behind the attack and that fighting was still going on.

A car bomb went off on Friday at a hotel in Somalia's port city of Kismayu where local elders and lawmakers were meeting to discuss an upcoming regional election. The blast was followed by gunfire, a police officer said.

The Islamist militant group al Shabaab, which is linked to al Qaeda and is trying to topple Somalia's central government, said it had carried out a suicide attack.

"A blast occurred in Hotel Asasey in the heart of Kismayu, followed by gunfire. Local elders and lawmakers were having a meeting there. It is too early to know if there are any casualties," Major Mohamed Abdi, a police officer, told Reuters from Kismayu.

Abdiasis Abu Musab, al Shabaab's military operation spokesman, said the militant group was behind the attack and that fighting was still going on.

"First we targeted (the hotel) with a suicide car bomb and then armed mujahideen (guerrilla fighters) stormed the hotel. We are still fighting inside the hotel," he said.

"There are many dead bodies inside the hotel, including a dead white man. We control the hotel now."

Hussein Nur, a shopkeeper in Kismayu, told Reuters: "There were many people including officials and elders, mostly from one clan, who were discussing the coming Kismayu election."

Nur was referring to elections in the city due sometime in August.

Al Shabaab was ejected from Mogadishu in 2011 and has since been driven from most of its other strongholds.

It was driven out of Kismayu in 2012. The city's port had been a major source of revenue for the group from taxes, charcoal exports and levies on arms and other illegal imports.

Outside of Kismayu, al Shabaab still controls parts of Jubbaland, a region in southern Somalia.

It remains a major security threat, with fighters frequently carrying out bombings in Somalia and neighbouring Kenya, whose troops form part of the African Union-mandated peacekeeping force that helps defend the Somali government.