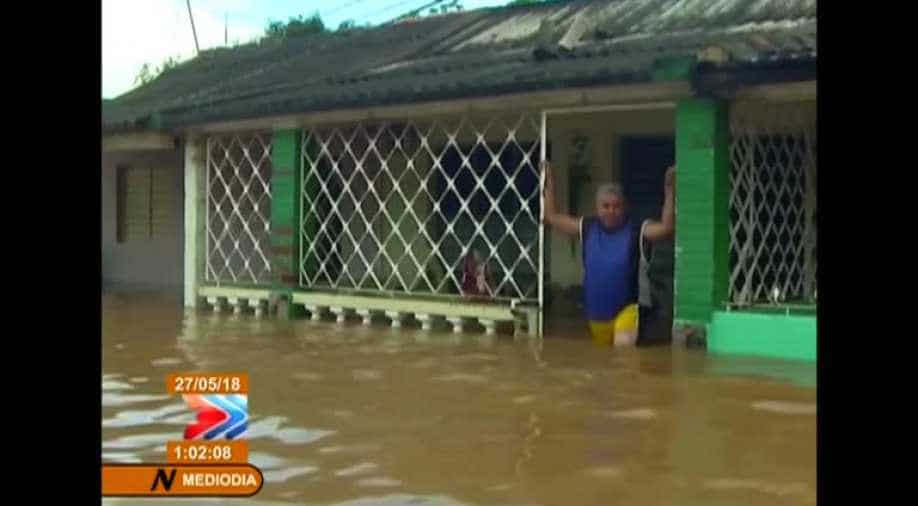 After storm Alberto lashed in the western regions of Cuba on Sunday, it is now making its way to Florida in the United States with forecasters saying that it could bring life-threatening flooding to Southern coastal states.

Visitors and residents in Florida's Panhandle are keeping a lookout for subtropical storm Alberto which is expected to slam into the region about mid-afternoon Monday (May 28), and wallop parts of the southeastern United States with drenching rains, blasting winds and possible tornadoes.

Thousands of Florida residents evacuated homes on Sunday (May 27) as the storm headed north through the Gulf of Mexico.

Storm Alberto lashed the western Cuban region of Artemisa on Sunday, swelling a nearby river and dumping up to 12 cm of rain in less than eight hours.

According to local media, some families were evacuated but the rain and flooding were quick to hit. Central regions of Cuba like Villa Clara were also affected.

The storm was about 115 miles (185 km) southwest of Panama City, on the Gulf of Mexico coast as of 2 a.m. EDT, the U.S. National Hurricane Center said.

Alberto was expected to drop as much as 12 inches (30 cm) of rain, slamming an area from Mississippi to western Georgia, the Miami-based hurricane center said.