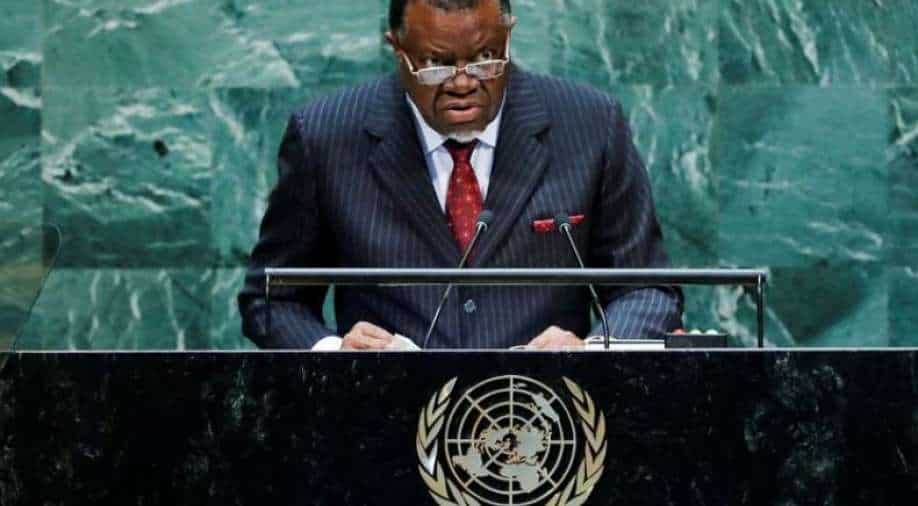 Germany's Foreign Minister Heiko Maas in a statement said that "We will now officially refer to these events as what they are from today's perspective: genocide,".

Namibia's President Hage Geingob's spokesman Alfredo Hengari has stated that the acceptance on the part of Germany that a genocide was committed is the first step in the right direction.

On Friday, Germany admitted for the first time that it committed genocide in Namibia during its colonial control, giving more than one billion euros in funding to several projects in the African country.

German colonial settlers killed tens of thousands of indigenous Herero and Nama people in 1904-1908 massacres — labelled the first genocide of the 20th century by historians -- poisoning relations between Namibia and Germany for years.

Germany's Foreign Minister Heiko Maas in a statement said that "We will now officially refer to these events as what they are from today's perspective: genocide,".

He hailed the agreement after more than five years of negotiations with Namibia over events in the territory held by Berlin from 1884 to 1915.

"In light of the historical and moral responsibility of Germany, we will ask forgiveness from Namibia and the victims' descendants" for the "atrocities" committed, Maas said.

Namibia was known as German South-West Africa during Berlin's occupation from 1884 to 1915, and then it was ruled by South Africa for 75 years before winning its independence in 1990.