Spain PM warns of snap polls if budget not passed 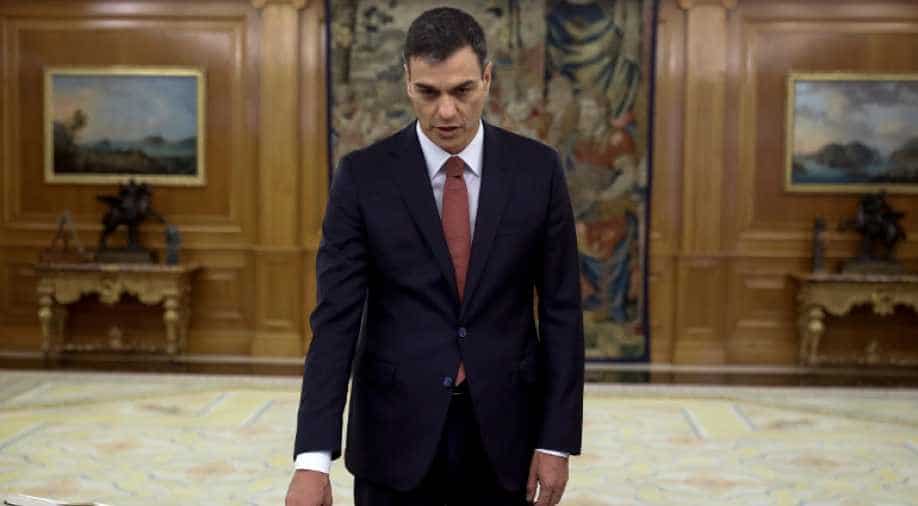 Spanish Prime Minister Pedro Sanchez warned Tuesday that if his draft 2019 budget fails to pass in parliament he will call a snap general election.

Sanchez, who took over in June from the conservative Mariano Rajoy after a surprise no-confidence vote, has up until now vowed to stay in office until 2020 when the next general election is due.

But his Socialist party controls just 84 seats in the 350-seat parliament.

For his draft budget to win approval, Sanchez needs the support of the parties that brought him to power in June, including Catalan separatists  who have so far steadfastly refused to back the spending plan, including a rise in the minimum wage and an easing of some austerity measures.

"If we are not able to approve the budget, my desire to arrive to the end of the current legislature will be put in questions. I will call elections when I feel they are in the general interest of the country," the prime minister told a Madrid business conference.

Sanchez's comments come a day after Transport Minister Jose Luis Abalos, a heavyweight in the Socialist party who is close to the prime minister, raised the possibility of calling snap polls to coincide with European, regional and municipal elections on May 26.

"Of course, we can't rule out anything," Abalos said when asked about early elections in May.

If the government fails to win approval for the budget, it could  roll over this year's spending plan which was drawn up by the previous conservative government and try to pass some of the announced measures by decree.

The Socialists are leading in the polls, with 31.6 percent support, more than 13 points ahead of the main opposition conservative Popular Party, according to a closely-watched survey by state pollster CIS last month.