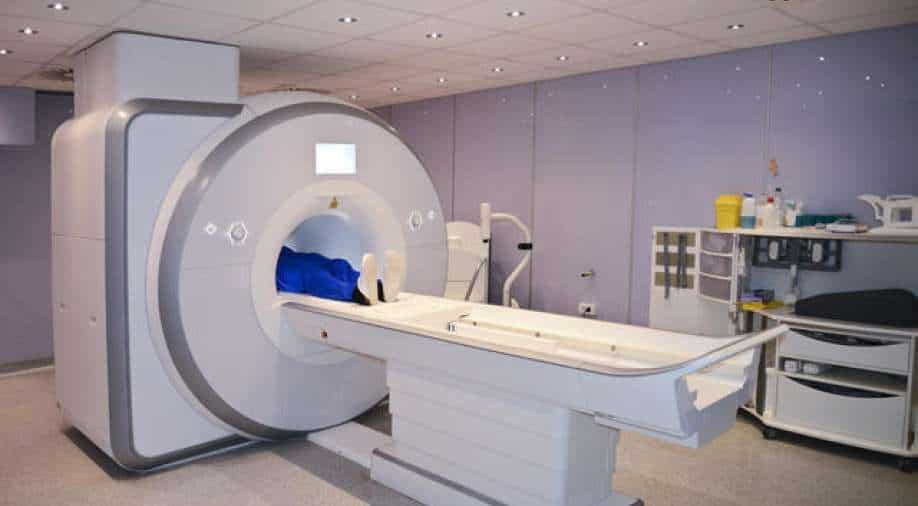 (Image for representation) The man was admitted to the MRI ward in a hospital late on Thursday Photograph:( Agencies )

MRI scanners—whose magnetic fields are up to 60,000 times stronger than the Earth's– attract metal objects and cause them to become airborne.

In a freak accident, a 60-year-old patient in South Korea, who was undergoing an MRI scan, died after he was hit in the head by a 60kg oxygen cylinder that was sucked into the machine due to its strong magnetic force.

The man, who is yet to be named, was admitted to the MRI ward in a hospital in the southern city of Gimhae late on Thursday in a critical condition. According to doctors, the man was suffering from seizures.

“We will thoroughly investigate the incident to determine whether human errors were involved,” he added.

According to the authorities, “There are usually no metal objects around it because of the strong magnetic force” and “the hospital also knew about this but explained that the patient was in critical condition at the time and could not [be taken] off the oxygen cylinder.”

MRI scanners, whose magnetic fields are up to 60,000 times stronger than the Earth's– attract metal objects and cause them to become airborne.

Notably, a similar tragedy took place in India’s Mumbai city, where a 32-year-old man visiting his mother-in-law in Nair Hospital was killed when an oxygen cylinder he was carrying pulled him into the MRI bore.

It was later reported that the metal detector in the room wasn’t working properly and that a hospital staff member was on the phone when the accident occurred.