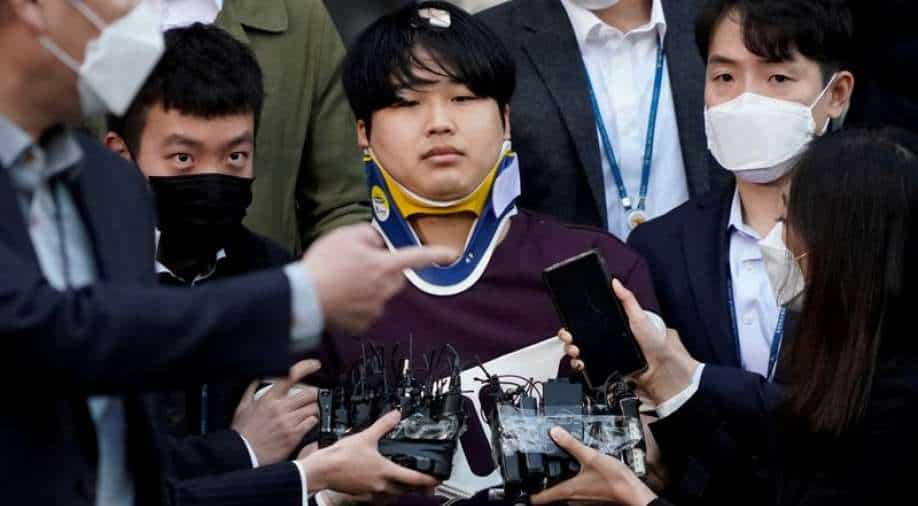 A South Korean court on Thursday sentenced the leader of an online sexual blackmail ring to 40 years in prison, the Yonhap news agency reported.

Cho Ju-bin, 24, was found guilty of running an online network that blackmailed at least 74 women, including 16 teenagers, into what authorities called "virtual enslavement" by forcing them to send increasingly degrading and sometimes violent sexual imagery of themselves between May 2019 and February 2020.

Cho`s lawyer could not be reached for comment. However, when he was taken into police custody in March, Cho said he wanted to apologise to the victims.

"The defendant had lured and threatened multiple victims in various ways to produce pornography and distributed it for a long time to many," Yonhap reported, citing the unidentified judge who handed down the verdict and sentence. "He in particular inflicted irrecoverable damage to many victims by publishing their identifies."

The case sparked a national outcry, with millions of Koreans signing petitions urging authorities to release Cho`s identity and investigate not only the organisers, but also participants of the network who paid as much as 1.5 million won ($1,360) to see the abusive videos and images.

Police have said at least 124 suspects have been arrested and 18 operators of chat rooms on Telegram and other social media, including Cho, were detained following investigations into similar sexual crimes since late last year.