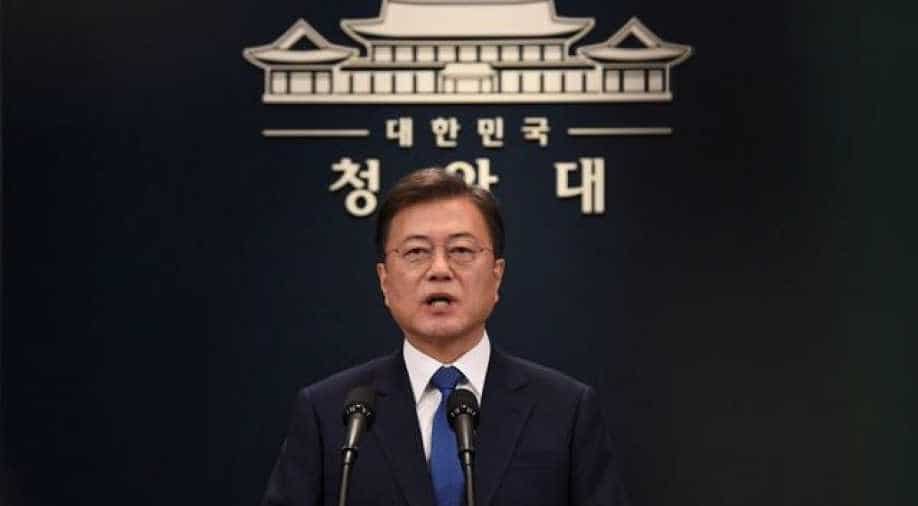 South Korean military officials say the man was interrogated while in the water for several hours and expressed a desire to defect, but was killed after an 'order from superior authority'

Seoul said Saturday it will demand further investigation by Pyongyang into the killing of a South Korean official after a rare public apology from North Korean leader Kim Jong Un.

The fisheries official was shot dead by North Korean soldiers on Tuesday, the first such killing of a South Korean civilian in a decade.

In a surprise move, Kim said he was "very sorry" for the "unexpected and disgraceful event", but South Korea announced it would ask for further investigation.

"We have decided to demand the North carry out a further probe and request a joint investigation if necessary," the Blue House, South Korea's presidential office, said in a statement.

It added that South Korea's own investigation will continue because of "discrepancies" in the accounts of the shooting.

South Korean military officials say the man was interrogated while in the water for several hours and expressed a desire to defect, but was killed after an "order from superior authority".

They also said North Koreans poured oil over his body and burnt it, calling it an "outrageous act".

In contrast, Pyongyang said in a letter sent Friday -- which contained Kim's apology -- that the official had "illegally entered our waters" and refused to properly identify himself.

It acknowledged that around 10 rounds were fired at the man, and that he was not visible after the shooting.

Troops then set the official's flotation device -- which was covered in blood -- on fire in accordance with North Korea's emergency coronavirus regulations, the letter added.

Apologies from North Korea -- let alone attributed to Kim personally -- are extremely unusual, and the message came with inter-Korean ties in a deep freeze, and nuclear negotiations between Pyongyang and Washington deadlocked.

There have been no North Korean media reports on the contents of the letter.