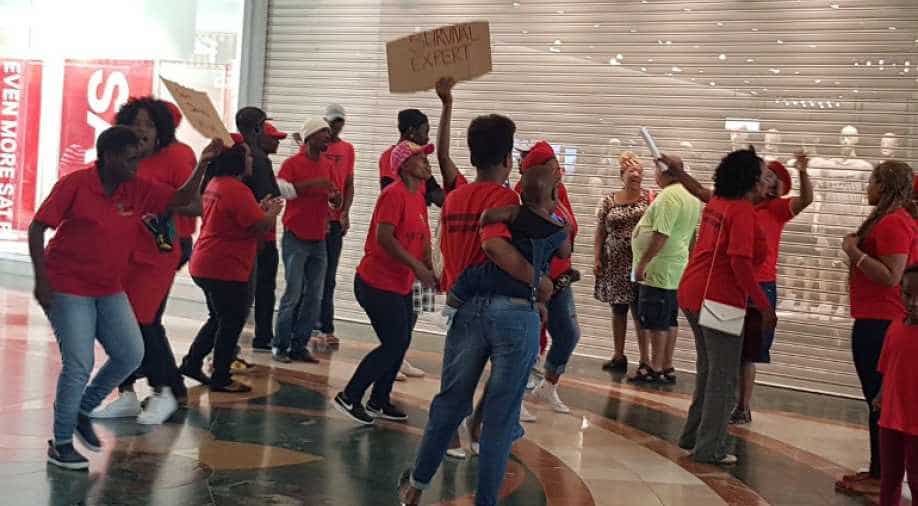 Officers fired rubber bullets to disperse the protesters who ransacked several H&M stores in South African on Saturday over a ''racist'' ad.

H&M earlier this week issued an apology for the widely criticised ad, which featured a black child modelling a sweatshirt with the slogan "coolest monkey in the jungle", and said it had removed it from all its marketing.

But Mbuyiseni Ndlozi, spokesman for the ultra-left EFF, said that was too little, too late.

"The time of apologies for racism is over; there must be consequences to anti-black racism, period!" Ndlozi wrote on Twitter, posting pictures of a vandalised H&M store and video footage of chanting EFF supporters.

H&M local website carried an apology for the advertisement.

"Our position is simple, we have got this wrong and we are deeply sorry," the apology read.

Police said they were monitoring the protests, but that they had made no arrests so far.

Protests over perceived corporate wrongdoing have a history of turning violent in South Africa, where some drivers for ride-hailing service Uber have had their vehicles torched over the past year by regular taxi operators.