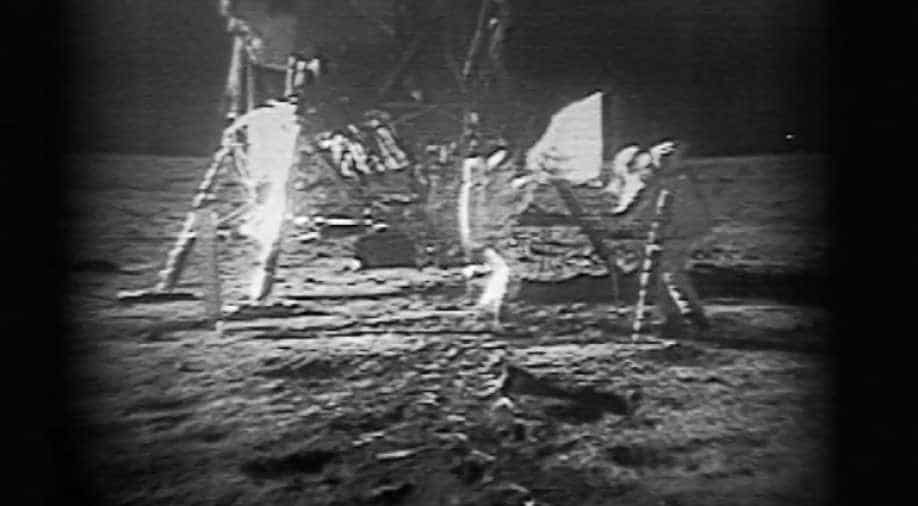 A one-time NASA intern who bought a truckload of videotapes to resell them may end up a millionaire next month when Sotheby`s auctions what it says is the only surviving original recording of man`s first steps on the moon 50 years ago.

In the years after the July 20, 1969 moon landing during the Apollo 11 mission, NASA was recording over its tapes or selling them to cut costs, said Gary George, who was a college student when he bought more than 1,100 reels of NASA videotape for about $218 at a government surplus auction in 1976.

"I had no idea there was anything of value on them," said George, a 65-year-old retired mechanical engineer from Las Vegas, told Reuters in a telephone interview. "I was selling them to TV stations just to record over."

But three of the tapes turned out to be invaluable. One of them captures the images of the first steps on the moon by astronaut Neil Armstrong, along with his famous words, "That`s one small step for man, one giant leap for mankind."

The recordings also show astronaut Buzz Aldrin bounding around in minimal lunar gravity, as well as their call with then US President Richard Nixon, the men planting the American flag on the lunar surface, collecting soil and rock samples and much more, said Sotheby`s spokeswoman Hallie Freer.

The tapes are expected to sell for as much as $2 million when they hit the New York auction block on July 20, Freer said. She declined to disclose the exact financial terms between Sotheby`s and the seller.

Collectors pay huge sums for space exploration artefacts. Sotheby’s in 2017 sold a zippered bag stamped with the words “Lunar Sample Return” laced with moon dust which was used by Armstrong on that 1969 mission, for $1.8 million.

After buying the tapes, George sold about eight reels to television stations for $50 each. It was not until he was packing his station wagon with tapes to donate to a church for a tax write-off that his father spotted the three tapes labeled "Apollo 11 EVA," an acronym for extra vehicular activity, NASA jargon for the moon landing.

"He was really into the space program and he said, `I think I’d hang onto those. They might be valuable someday,`" George recalled. "So, for that very reason, I pulled them out and hauled them around the country for the next 43 years. That’s how come they survived."

NASA admitted in 2006 that no one could find the original video recordings of the historic moon landing. The US space agency did not immediately respond to a request for comment on the upcoming auction.

In 2008, George was vacationing with a NASA friend who told him he was tasked with locating the lost videotapes.

He said, ‘It seems we’ve lost our original tapes of the Apollo 11 EVA,`” George told Reuters.

"Quite frankly, I was sitting at the table drinking a beer and I said,  `Well damn, I have those," he recalled.

At the time, George did not have the proper equipment to view the tapes, and still did not known exactly what was on them. But after opening talks with NASA to turn them over, George said he visited a video studio in California where he watched them for the first time.

The sound and images were transmitted by a camera deployed by Armstrong that remains on the moon`s surface to this day.