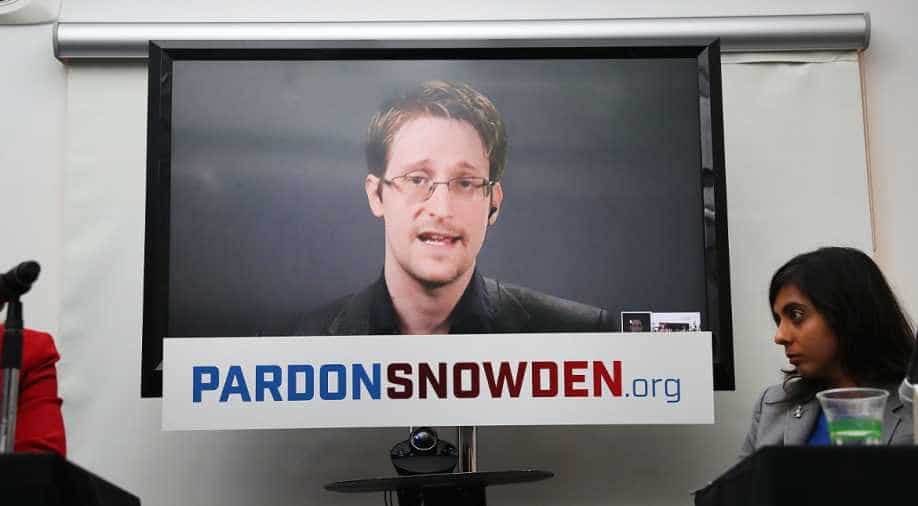 Snowden will be unable to pick up the Ossietzky prize in Norway, which celebrates "outstanding efforts for freedom of expression." In photo: Snowden speaks via video link on September 14, 2016. Photograph:( Getty )

Norway's Supreme Cout rejected Edward Snowden's final appeal to protect him should he travel to Norway to collect an award.

The supreme court said it could not evaluate an extradition request preemptively
, news agency AFP reported.

Norway said that the asylum seeker had to be present in the country to apply. The whistleblower had applied for an asylum in Norway in 2013 after fleeing from the United States.

Snowden was awarded the Ossietzky prize which celebrates "outstanding efforts for freedom of expression." He will, however, be unable to receive his prize because of the rejection of his appeal.

The 33-year-old US citizen won a similar Norwegian award in 2015 but was unable to collect it.

He has been living in exile in Russia becuase he faces  charges of espionage and theft of state secrets that could land the former US National Security Agency (NSA) contractor up to 30 years in jail in the United States.

Snowden has also been nominated for the Nobel Peace Prize but has not won it till now.