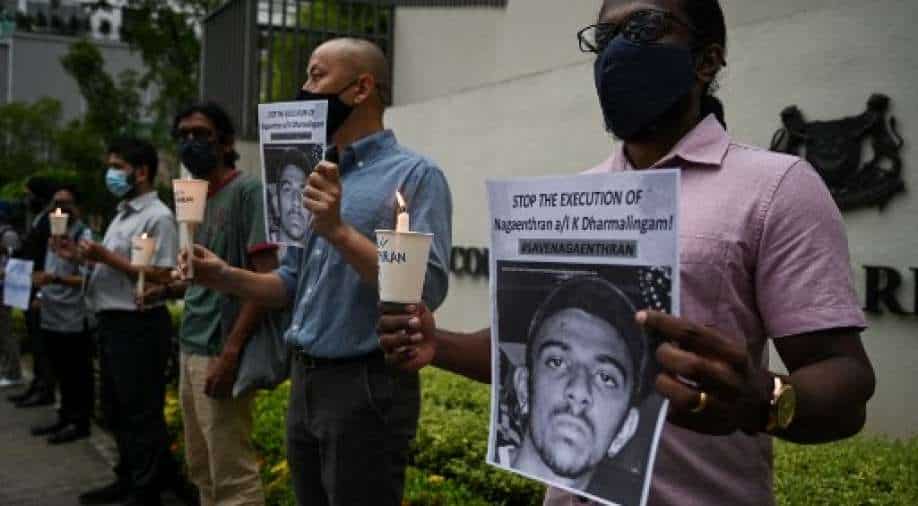 Nagaenthran Dharmalingam was arrested in April 2009 when he was 21, for attempting to smuggle 43 grams of heroin into Singapore.

Following outrage among public and human rights activists, Singapore high court has temporarily stayed the execution of an intellectually disabled Malaysian man who was accused of smuggling heroin into the country.

Nagaenthran Dharmalingam was arrested in April 2009 when he was 21, for attempting to smuggle 43 grams of heroin into Singapore.

In 2010, he was sentenced to death and was scheduled to be hanged on November 10.

The court’s order was widely criticised by the human rights activists who claimed that Dharmalingam has limited mental capacity.

On Monday, the high court ordered a stay of execution following a last-minute constitutional challenge by his lawyer M. Ravi.

The court dismissed the lawyer's application to declare the execution unconstitutional, but granted a stay of execution until an appeal on its decision can be heard.

Ravi said his client was a victim of drug trafficking and should be released.

"He has been gamed. He is a victim of the [drug-trafficking] operation. He needs treatment and help,” BBC quoted Ravi as saying.

According to campaigners, it was disclosed during the trial that Dharmalingam has an IQ of 69 and attention deficit hyperactivity disorder. His supporters say there is evidence that Dharmalingam was forced to courier drugs as a victim of human trafficking.

But the Singapore authorities have repeatedly stressed that Dharmalingam is of sound mind and was fully aware of his actions.

Singapore has one of the world’s toughest drug laws. Anyone found guilty of importing over 15 grams of drugs is sentenced to death.