Sensed strong smell of gunpowder in US talks, says China 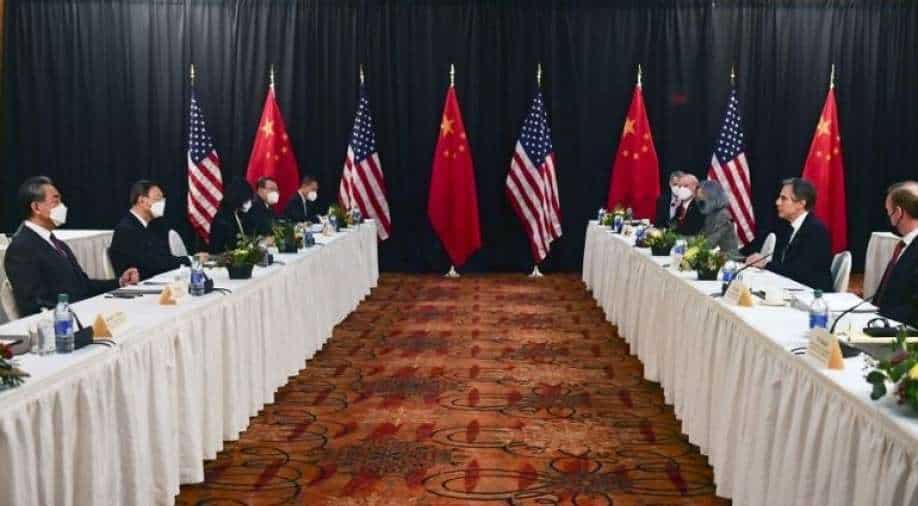 China on Friday said that it sensed a ''strong smell of gunpowder and drama'' from talks with top American diplomats in Alaska, continuing the contentious tone of the first face-to-face meetings under the Biden administration.

The first high-level US-China meeting of the Biden administration got off to a fiery start on Thursday in Achorage with both sides levelling sharp rebukes of the others' policies in a rare public display that underscored the level of bilateral tension.

"It was due to the fact that the US didn't respect the timings that had been agreed upon for the relevant remarks. It is the US that first provoked and stirred conflict (before the talks). So for both sides, from the start of the opening remarks, the venue totally reeked of explosives and was full of dramatic colours. This was not China's original intention," Zhao Lijian, a spokesman at the Chinese foreign ministry, said at a daily briefing.

Zhao accused the US side of overrunning the agreed time for opening remarks, prompting a sharp response from the Chinese delegation.

The meetings, set to continue Friday, come amid disputes over trade, technology, human rights and China's territorial claims to Taiwan and islands in the South China and East China seas.

China has also strongly objected to the US calls for greater transparency about the origins of the coronavirus pandemic, the first cases of which were recorded in the central Chinese city of Wuhan in late 2019.

/''It was the US side that ... Provoked the dispute in the first place, so the two sides had a strong smell of gunpowder and drama from the beginning in the opening remarks. It was not the original intention of the Chinese side," Zhao told reporters at a daily briefing.

At the Alaska meeting, Blinken affirmed US solidarity with its allies in pushing back against China's increasing efforts to spread its authoritarian mode of government through political and economic pressure.

Yang responded with a list of Chinese complaints, accusing Washington of hypocrisy for criticizing Beijing on human rights and other issues at a time when the United States itself has been roiled by domestic discontent.