'Scandal of our own': Church of England to apologise over 'institutionalised racism' The Church of England has announced plans to ''apologise'' for the racism that was faced by minorities, namely African, and Asians.

In a recent statement, the Church said that their legislative body ''The General Synod'' voted in favour of formally apologising for the injustices faced by racial minorities in the last 70 years.

Justin Welby, the Archbishop of Canterbury, the church's senior-most bishop asserted that ''no doubt'' over the ''deeply institutionally racist'' nature of the church, CNN reported.

Reverend Andrew Moughtin-Mumby had introduced the motion regarding the apology to the synod. It was as a response to him that Welby made these comments.

"We did not do justice in the past, we do not do justice now, and unless we are radical and decisive in this area in the future, we will still be having this conversation in 20 years time and still doing injustice," he said.

Moughtin-Mumby alluded to the family of Doreen Browne. In 1961, they were prohibited from entering the St Peter's Church in Walworth owing to the colour of their skin. 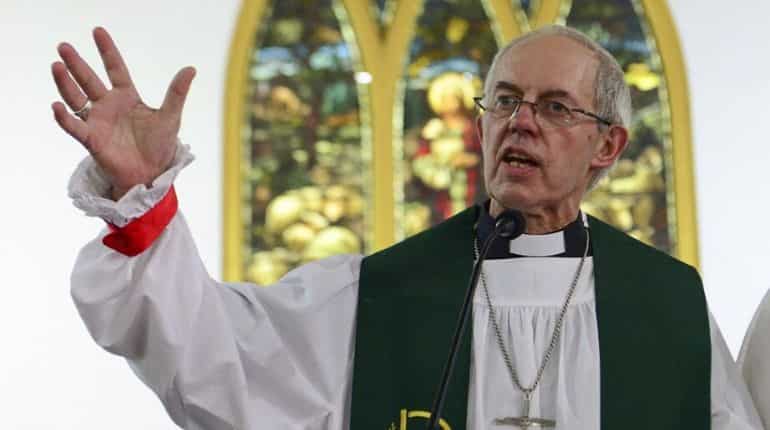 Archbishop of Canterbury, Justin Portal Welby, gestures as he delivers a speech during his visit at a church in Amritsar on September 10, 2019 | AFP

Referring to it ''as a scandal of our own'', he added that the family was later able to find a church, but that many like them didn't, pushing them away from the Church itself.

It's imperative to note here that Church was specifically talking about the ''Windrush generation'', who were a group of Caribbean migrants that came to the UK after the culmination of World War II.

The government of Britain had called on them to help rebuild their country, which led to an influx of migrants into the country.

Also read: Church apologises after saying 'sex should be for married heterosexual couples only'

However, with the global political discourse following suit of geographical protectionism against immigrants, the group has recently been put under scrutiny.

Earlier, the citizens of any Commonwealth country could work and live in the UK legally. But the immigrants now face tougher laws that demand concrete proof of their citizenship, which is difficult for the ''Windrush generation''.

This is not the first official British apology to the immigrant group, for the government had earlier apologised for their ill-treatment.