A file photo of an oil spill. Photograph:( Reuters )

Satellite images released on Friday showed a thick oil slick appear all around the area where the ship is currently lying.

Mauritius Prime Minister Pravind Jugnauth declared a "state of environmental emergency" on Friday after bulk carrier ship MV Wakashio began spilling oil after running aground on a reef on the south east coast of the country.

Satellite images released on Friday showed a thick oil slick appear all around the area where the ship is currently lying. 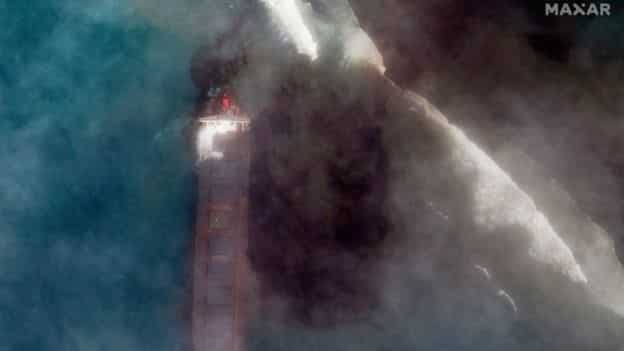 According to media reports, MV Wakashio is owned by a Japanese company and was making its way to Brazil from China. The ship is believed to have 4,000 tonnes of fuel aboard. 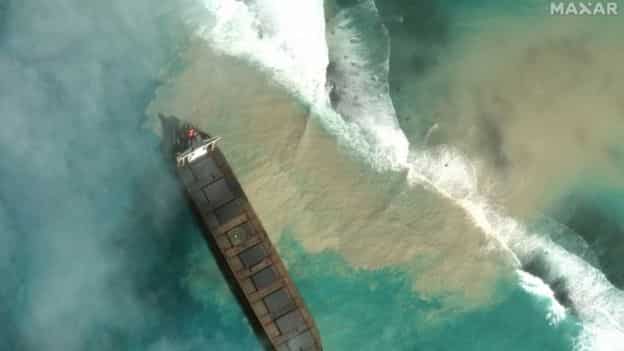 A satellite image shows the bulk carrier ship MV Wakashio and its oil spill after it ran aground off the southeast coast of Mauritius, August 7, 2020. Satellite image ?2020 Maxar Technologies/via REUTERS

Mauritius, an island lying east of Madagascar in the Indian Ocean, is renowned for its pristine environment and is a popular tourist destination.

Online ship trackers showed the Panama-flagged bulk carrier had been en route from China to Brazil.

After the cracks in the hull were detected, a salvage team that had been working on the ship was evacuated, Ramano told reporters Thursday. Some 400 sea booms have been deployed in an effort to contain the spill.

Government statements this week said the ship ran aground July 25 and the National Coast Guard received no distress call.

A police inquiry has been opened into issues such as possible negligence, a government statement said.