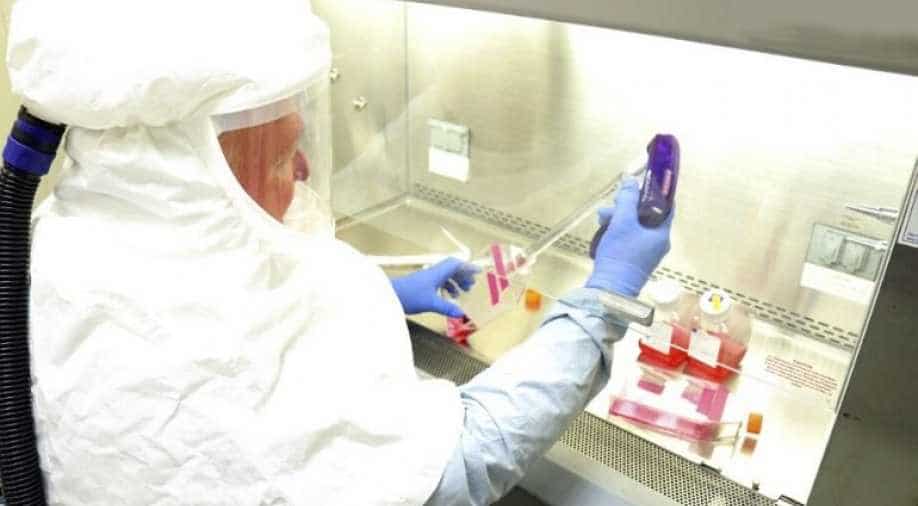 Representative image of a medical worker in action Photograph:( AFP )

The results from tests are expected in June, and the vaccine should be ready in 11 months if all goes as planned

The Federal Biomedical Agency (FMBA) of Russia today claimed that it had accelerated work on developing a vaccine against COVID-19.

Sputnik reported that three prototypes are ready, with tests on mice underway.

The results from tests are expected in June, and the vaccine should be ready in 11 months if all goes as planned.

In its statement, FMBA claimed that the three prototypes are based on “epitopes of the surface S-protein SARS-CoV-2” and that they have launched immunological potency tests on mice.

With the initial results expected to come out in June, the second phase of the research will end in the third quarter of the year.

“The vaccine will be ready in 11 months”, said FMBA head and ex-Russian Health Minister Veronika Skvortsova.

Recently, the United States and China conducted the first human trials to curate a vaccine against the virus.

The UK is expected to begin testing next week.

Recently, the world's fastest supercomputer was able to identify chemicals that could curb the widespread of coronavirus outbreak by finding it's cure, according to experts.

IBM's supercomputer known as Summit is the world's fastest supercomputer and is equipped with the "brain of Artificial Intelligence".

(With inputs from Sputnik)