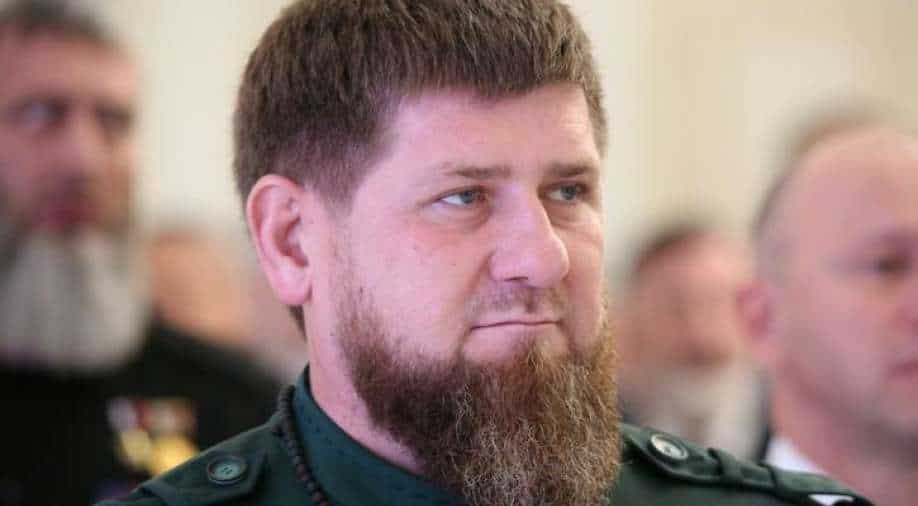 Chechen strongman and an ally of Russian President Vladimir Putin, Ramzan Kadyrov, has warned Poland to "better take back your weapons" from Ukraine as he is ready to attack the European country. A video of his comment surfaced on Twitter where he can be heard saying that the issue of Ukraine is “closed”, and if given the order, he's “interested in Poland”.

Kadyrov also demanded an apology from Poland for an incident involving Russia's ambassador earlier this month where the latter was splattered with red paint by anti-war protesters during a Victory Day ceremony.

"The issue of Ukraine is closed. I'm interested in Poland. What is it trying to achieve?" Kadyrov said, according to a translation.

#Putin's warlord-president of #Chechnya, Ramzan Kadyrov, says: "The issue of #Ukraine is closed ... I'm interested in #Poland". Says Warsaw should stop supplying weapons and "beg ... official forgiveness" or the Russian army will come for them 😂😂😂😂😂😂 pic.twitter.com/bjAR4x6XUE

"After Ukraine, if we are given the command, in six seconds we will show what we are capable of. You should better take back your weapons and your mercenaries. And beg official forgiveness for what you did to our ambassador. We won't just ignore it, bear that in mind," the Chechen leader continued.

It was not immediately clear when or where the video was filmed.

Poland is one of the countries that has supplied weapons to Ukraine to defend itself from Russia's invasion that has been going on since late February.

The Polish government says it has supplied weapons worth $1.6 billion, including hundreds of tanks, howitzers, and Grad rocket launchers.

Notably, Kadyrov is not the only one who has called for the invasion of Poland in recent weeks.

Oleg Morozov, a member of the Russian parliament and a top member of Putin's political party, United Russia, suggested earlier this month that Poland should be "in first place in the queue for denazification after Ukraine," according to an English translation of a Telegram post, Newsweek reported.