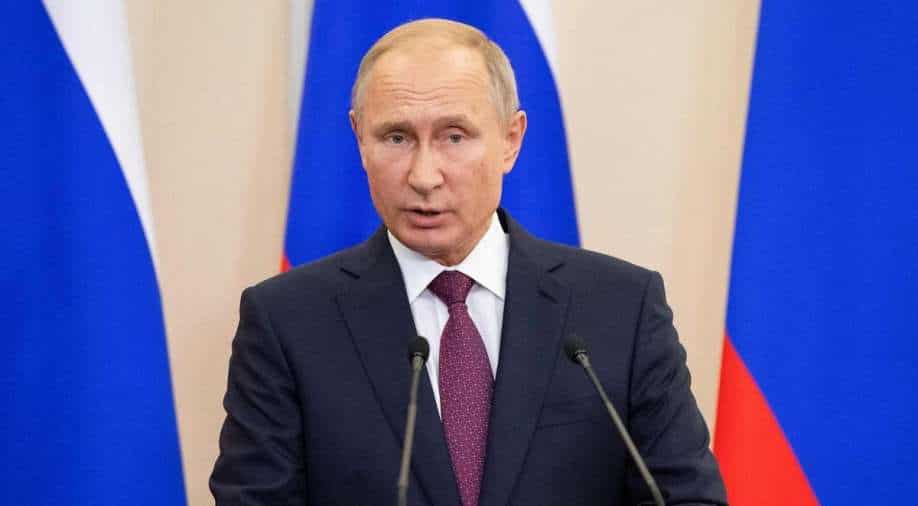 Vladimir Putin said that Russia is looking at "alternative international transfer mechanisms" with BRICS nations in order to reduce their dependence on Dollar and Euro.

The ongoing Russian invasion of Ukraine has prompted the United States and other western countries to impose hard sanctions of Russia and the European Union (EU) has also been trying to decrease oil and gas imports from the country. However, India and China have been importing oil supplies from Russia even now and President Vladimir Putin said at the BRICS Business Summit that trade with both nations has strengthened lately. According to AFP, Putin said that Russia’s trade with Brazil, India, China and South Africa rose 38% in the first three months of the year to $45 billion.

“Russian oil supplies to China and India are growing noticeably," Putin said in a video address.

"Russian oil deliveries to China and India are increasing. Agricultural cooperation is developing dynamically, as is the export of Russian fertiliser to BRICS countries”, he added according to AFP.

Putin also called upon the BRICS nations to strengthen their ties amid the global economic crisis.

"Businessmen of our countries are forced to develop their business under difficult conditions where Western partners neglect the basic principles of market economy, free trade, as well as the inviolability of private property," Putin said at the BRICS Business Summit on Wednesday.

The sanctions enforced by the US and EU have affected the Russian economy to a certain extent and Putin were quick to criticise "the permanent implementation of new politically motivated sanctions" by the US and other western countries that contradict "common sense and basic economic logic".

Putin concluded his speech by saying that Russia is looking at "alternative international transfer mechanisms" with BRICS nations in order to reduce their dependence on Dollar and Euro.