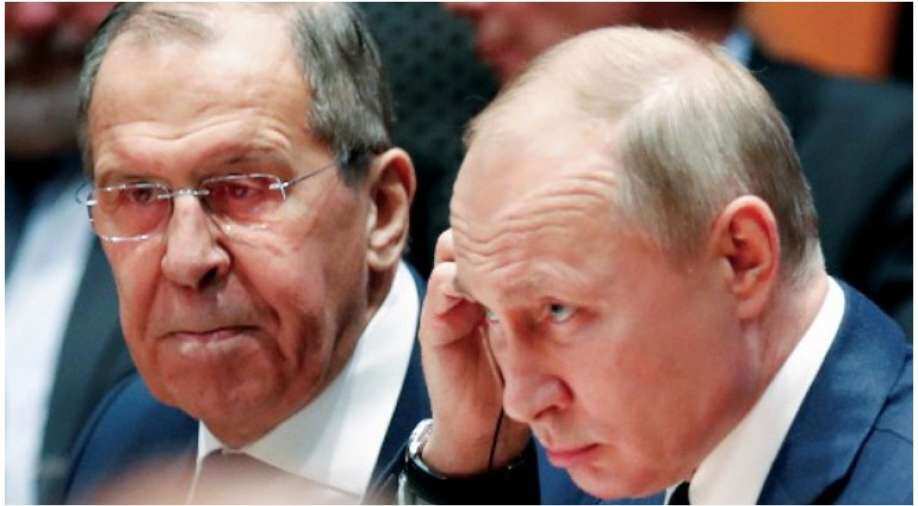 Russian Foreign Minister Sergei Lavrov told President Vladimir Putin during a carefully choreographed meeting on Monday that there was "always a chance" to find agreement with West on security concerns. The words appeared to be contributory to an apparent Russian climbdown. However, the situation would depend on what happens next.

"As head of the foreign ministry, I must say that there is always a chance" to find agreement, Lavrov told Putin.

The United States has warned that a Russian invasion of Ukraine could be imminent, and their western allies have threatened a crippling package of economic sanctions in response.

But speaking to Putin, Lavrov indicated that Moscow was prepared to continue talks with the West.

"Is there a chance to reach an agreement with our partners on key issues or is it an attempt to drag us into an endless negotiation process?" Putin asked Lavrov in televised remarks.

Lavrov replied: "Our possibilities are far from being exhausted, they certainly should not continue indefinitely, but I would suggest continuing and ramping them up."

He pointed out that German Chancellor Olaf Scholz was set to arrive in Moscow for talks Tuesday.

Russia continues to maintain military presence of more than 100,000 troops near Ukraine. Although it claims that it did not have invasion in mind, various statements from the Russian camps are being taken to be an effort towards creating a pre-text.

Russia's main stock market reacted positively to the news of Lavrov talking of 'chance' of agreement with the West. Russian currency ruble clawed back some losses.

The RTS index was down just over two percent in late afternoon trading, as other world markets also came off their lows.

It had dipped more than four percent in earlier trading, as Western countries feared Moscow was preparing for an imminent invasion of Ukraine.

Since the start of the year, the RTS index has shed around nine percent.

The euro stood at more than 86 rubles.