Russia will try to crush our defence in a treacherous way: Zelensky 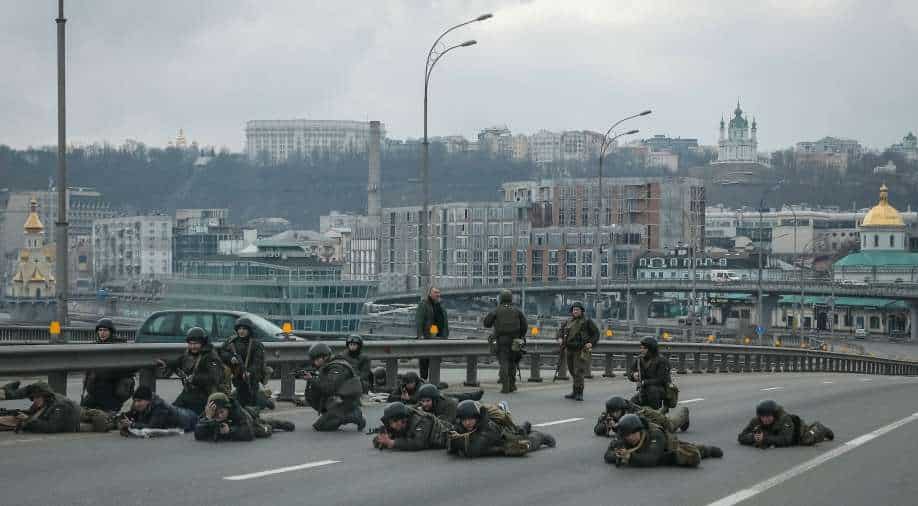 Amid the fighting, the Czech Republic, Poland and Bulgaria decided to close their airspace to Russian carriers.

As Russia continued its assault on Ukraine, Ukraine's President Volodymyr Zelensky said, "I have to say absolutely openly. This night will be more difficult than the day. Many cities of our state are under attack."

The Ukraine President said Russian troops might try to storm capital Kyiv on Saturday night. Russian forces had conducted heavy bombing in the morning on Friday as strikes continued on Ukraine after Putin's order to conduct military operations against Ukraine.

"Special attention on Kyiv –- we cannot lose the capital," he said in his video message.

"I am turning to our defenders, male and female, on all fronts: this night the enemy will use all the forces it has to crush our defence in a treacherous, harsh and inhumane way," the Ukraine president said, adding, "Tonight they will attempt a storming."

The Ukraine president said he had the support of Western leaders who had promised more aid and support. Amid the fighting, the Czech Republic, Poland and Bulgaria decided to close their airspace to Russian carriers.

Meanwhile, France said it would deploy 500 military personnel as part of NATO forces in Romania even as the Biden administration imposed sanctions on Russian President Vladimir Putin and foreign minister Sergei Lavrov which included a travel ban.

Russian foreign ministry spokeswoman Maria Zakharova reacted, saying,"we have reached the line after which the point of no return begins."