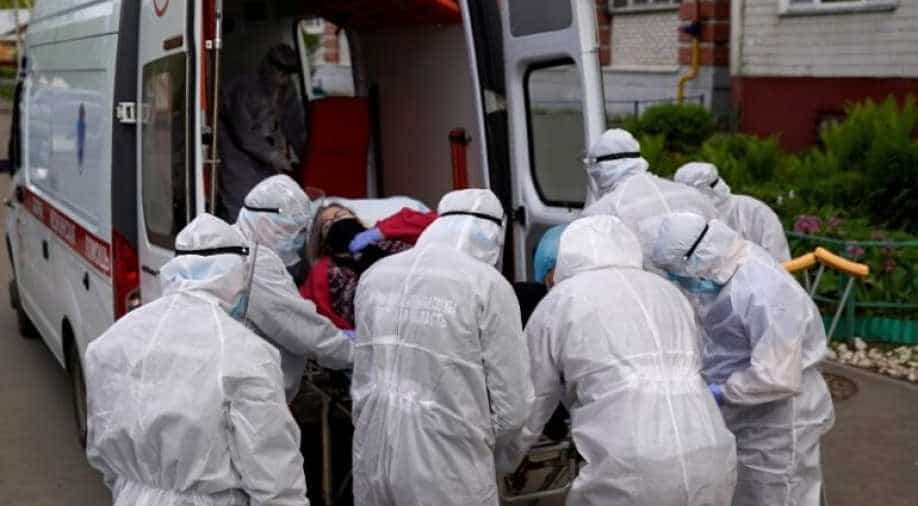 The country has enough stock of the drug in question, “Avifavir” to treat 60,000 coronavirus patients in one month

Russia is set to using the first approved drug in the country meant to treat COVID-19 patients. Starting next week, “a game changer” drug will be administered on people, Reuters reported.

The country has enough stock of the drug in question, “Avifavir” to treat 60,000 coronavirus patients in one month, and the hospitals across the country will begin administering it from June 11, 2020.

The COVID-19 pandemic has left no country untouched from its impact and has triggered one of the biggest recessions in the history of modern civilisation. Most economic activity has been suspended and chains of supply have been disrupted causing trouble for all economies which are now reopening slowly to recover from the impact.

As per now, no vaccine has been approved to contain the spread of COVID-19. The deadly virus continues to claim lives of people across the globe, with over 100,000 deaths in the United States alone. The number of cases are jumping rapidly in Brazil and India.

Russia saw a major increase in the number of cases two weeks ago, with fears of it becoming a hotspot.

Related video: Russian economy contracts by 12% in April as a result of Coronavirus lockdown

The modified antiviral drug “Avifavir” was approved by Russian health ministry very recently. After conducting clinical trials, the drug was officially approved for use on Saturday. According to Reuters, over 330 people were part of this trial, and they found that the drug was able to successfully treat patients within four days of beginning treatment.

More trials are expected to continue in the country to ascertain the usefulness of the drug. The country has begun manufacturing the drug in March itself, which will soon be used for mass treatments.

Touted by Russia as a “game changer”, the health ministry believes the “drug is key to resuming full activity in Russia”. The new drug, however has some side effects and is not suggested for treating pregnant women.

The third most hard-hit country in the world, Russia has witnessed 4,693 deaths due to the pandemic, but has recorded a low fatality rate.

The drug was initially developed in the 1990s by a Japanese health company, which is now owned by Fujifilm. The generic name of the drug is “favipiravir”.