Russia is not a fire brigade to rescue Iran deal: Putin 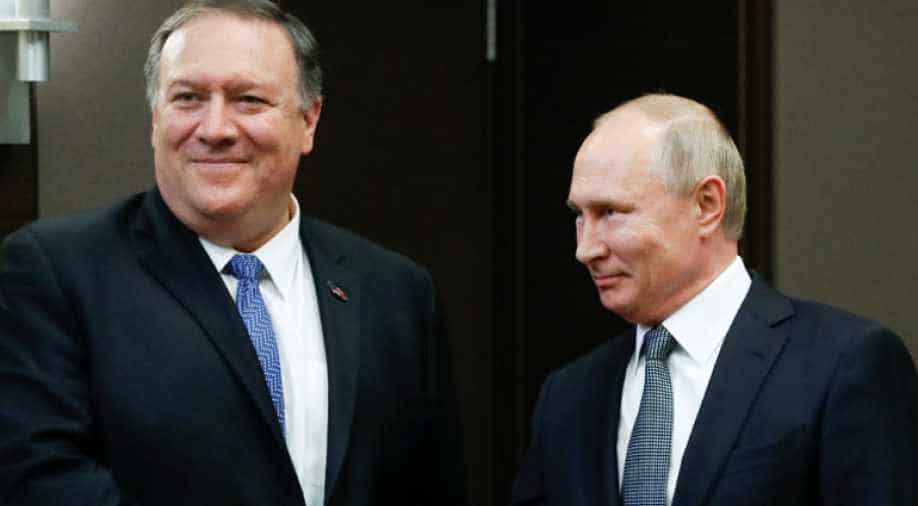 Putin said that after Washington's withdrawal Europe could do "nothing" to salvage the deal.

President Vladimir Putin on Wednesday said Moscow was sorry to see Iran's nuclear deal falling apart but stressed Russia was not "a fire brigade" to "rescue everything."

Tensions have sharply escalated between arch-rivals Washington and Tehran since US President Donald Trump withdrew last year from the Iran nuclear deal which removed sanctions in exchange for curbs on Iran's nuclear programme.

Putin spoke to reporters after hosting US Secretary of State Mike Pompeo in the Black Sea resort of Sochi on Tuesday for the highest-level bilateral talks in nearly a year.

"After the signing of the agreement Iran was and still is the world's most verifiable and transparent country in this sense."

"Iran is fulfilling all of its obligations," said Putin, citing the International Atomic Energy Agency.

He urged Iran not to quit the 2015 agreement but added there was only so much Moscow could do.

"Russia is not a fire brigade," Putin said.

"We cannot rescue everything that does not fully depend on us. We've played our part."

Putin also said that after Washington's withdrawal Europe could do "nothing" to salvage the deal.

Earlier Wednesday Putin's spokesman Dmitry Peskov expressed concern that tensions over Iran escalated despite assurances from Pompeo that Washington was not seeking war.

"So far we notice the continued escalation of tensions around this subject," Peskov said.

"We are saddened to see the decisions taken by the Iranian side," Peskov added, while arguing that Washington has been provoking Iran.

In Sochi, Pompeo said his country did not want war with Iran, despite a spike in tensions that has seen the Pentagon dispatch nuclear-capable bombers to the region.

Peskov sought to play down those statements.

"There were no assurances from Pompeo," Putin's spokesman said.

"And one can hardly talk about some sort of assurances."

Washington last year pulled out of a nuclear deal backed by Europe, Russia and China, which curbed Iran's nuclear ambitions in return for sanctions relief.

Since then it has slapped sweeping sanctions on Iran.

On Sunday, mysterious attacks by unknown assailants against four ships in the region, including two from Saudi Arabia, pushed talk of war up another notch.

Washington has accused Iran of planning "imminent" attacks in the region and on Wednesday, the US ordered all non-emergency staff to leave its embassy in the Iraqi capital Baghdad and consulate in Arbil.