Russia flies nationals out of Afghanistan on Vladimir Putin's orders 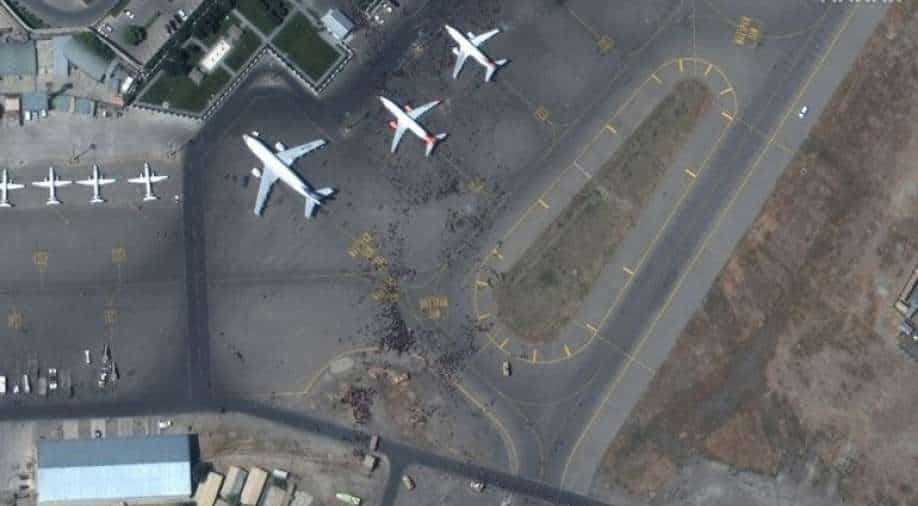 The Russian defence ministry said it was evacuating more than 500 people from Afghanistan, including Russians and citizens of Belarus, Kyrgyzstan, Tajikistan, Uzbekistan and Ukraine.

Four Russian military planes evacuated Russian and other nationals from Kabul on Wednesday on the orders of President Vladimir Putin, as Moscow held military exercises involving its tank forces in neighbouring Tajikistan.

The flights mark a shift in Russia's stance on Afghanistan. Its ambassador to Kabul had previously praised the Taliban's conduct and said the group, still officially designated a terrorist organisation in Russia, had made Kabul safer in the first 24 hours than it had been under the previous authorities.

But the Kremlin said on Wednesday that the situation was very tense and, citing the presence of Islamic State in Afghanistan as well as the Taliban, said that the terrorist threat was "very high."

The Russian defence ministry said it was evacuating more than 500 people from Afghanistan, including Russians and citizens of Belarus, Kyrgyzstan, Tajikistan, Uzbekistan and Ukraine.

The US exit from Afghanistan is a security headache for Moscow, which sees former Soviet Central Asia as part of its southern defensive flank and fears the spread of radical Islamism.

Moscow has reinforced its base in Tajikistan where it is holding a month of exercises.

It says it has learnt the lessons of the Soviet Union's failed intervention in Afghanistan in the 1980s and will not deploy its armed forces there.

On Wednesday, its defence ministry said it had deployed a number of T-72 tanks to Tajikistan's mountains which had practiced firing at long-range moving targets, the Interfax news agency reported.

The Russian government plans to request flights out of Afghanistan in September for Afghan students who are planning to study in Russia, the embassy said on Tuesday.

An Afghan diaspora leader told Russia's RIA news agency on Wednesday that Russian authorities would allow around 1,000 Afghans to come to Russia.

The diaspora leader, Ghulam Mohammad Jalal, said Afghans with Russian passports, residency rights, work visas and those studying in Russia would be allowed in once flights were available.