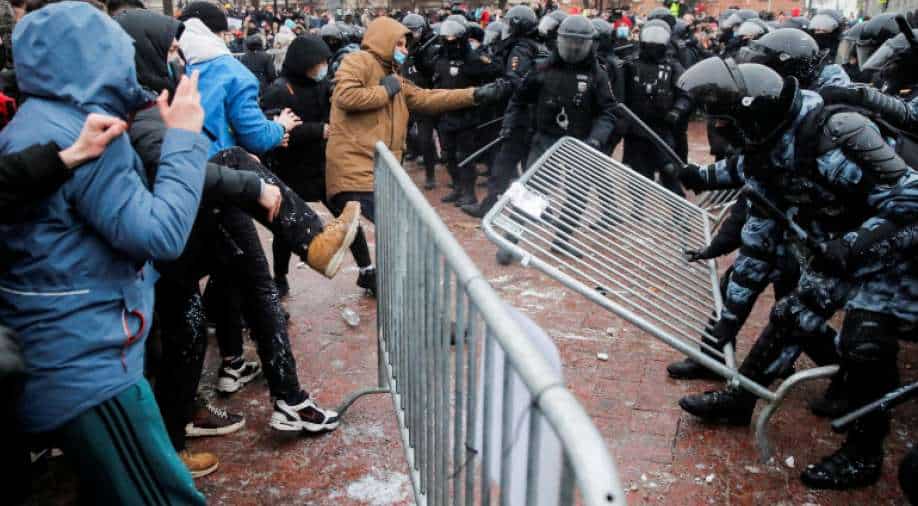 The Russian foreign ministry said in a statement that an unspecified number of diplomats from the three EU countries took part in "illegal demonstrations" on January 23 and had been declared persona non grata.

The Russian foreign ministry said in a statement that an unspecified number of diplomats from the three EU countries took part in "illegal demonstrations" on January 23 and had been declared persona non grata.

"They were ordered to leave Russia in the near future," the ministry said, adding that Moscow expects diplomats from the countries to "strictly follow the norms of international law" in the future.

"During the meeting with FM Lavrov, HRVP Borrell learned that three European diplomats are going to be expelled from Russia," EU spokesman Peter Stano said, referring to Borrell's position as High Representative of the European Union.

"The HRVP strongly condemned this decision and rejected the allegations that they conducted activities incompatible with their status as foreign diplomats. The decision should be reconsidered."

The move came hours after Borrell met Foreign Minister Sergei Lavrov in Moscow and described the bloc's ties with Russia as at a "low point" over Navalny's jailing.

Russian police have arrested more than 10,000 people at mass demonstrations across the country where protesters denounced Kremlin rule and demanded the authorities release Navalny.

The 44-year-old opposition campaigner was arrested on his arrival in Moscow last month from Germany, where he had been recovering from a poisoning attack that he blames on Russian leader Vladimir Putin.

In Moscow for talk, Borrell repeated European calls for Navalny's release and an investigation into his poisoning last year.

"Our relationship is indeed in a difficult moment," Borrell told Lavrov, adding that EU-Russia ties are "under severe strain and the Navalny case is a low point."

The West has fiercely condemned a Russian court's decision this week to jail the 44-year-old anti-corruption campaigner for nearly three years, and a crackdown on pro-Navalny protesters that has seen more than 10,000 people arrested in recent weeks.

But Borrell said there were no immediate plans for new European sanctions and both he and Lavrov stressed that the two sides would continue to work together on issues including the coronavirus pandemic.

Borrell's visit was the first to Russia by a senior EU envoy since 2017, following years of deteriorating relations sparked by Russia's annexation of Crimea from Ukraine in 2014.

However, despite mounting tensions centred around Navalny, Lavrov and Borrell said they wanted Russia and the EU to find areas of common ground.

The Kremlin has, in turn, accused the West of interfering in its affairs and on Friday also lashed out against what it called "aggressive and unconstructive rhetoric" from the United States.

President Joe Biden on Thursday said the United States will no longer be "rolling over in the face of Russia's aggressive actions" and his officials said they would take action against Moscow over Navalny and for other "malign" behaviour.