Russia aims to 'scare millions' through case against him, Navalny tells court 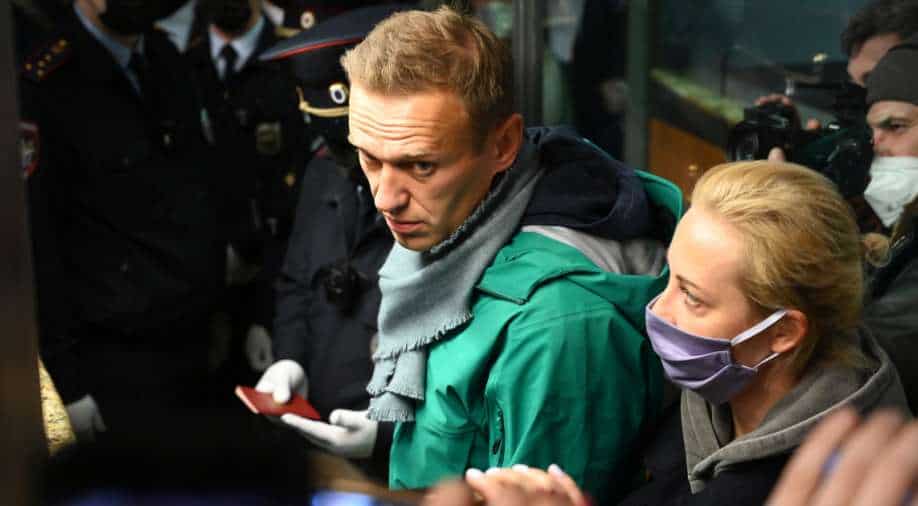 Navalny is facing up to three and a half years in a case that has sparked nationwide protests.

Kremlin critic Alexei Navalny told a Moscow court on Tuesday that the goals of the legal proceedings against him was to intimidate opponents of President Vladimir Putin, and scare millions.

"The main thing in this process is to intimidate a huge number of people, this is how it works. They are putting one person behind bars to scare millions," Navalny said at the hearing.

Navalny is facing up to three and a half years in a case that has sparked nationwide protests.

Navalny was arrested at the Russian border on January 17 for alleged parole violations after returning from Germany where he had been recovering from a nerve agent poisoning in Russia.

He accuses Putin of ordering his murder, which the Kremlin denies. It has, in turn, suggested that Navalny is a CIA asset, a charge he rejects, and has told the West to stay out of its domestic affairs.

Navalny watched Tuesday's hearing from inside a glass cage in the courtroom. Before proceedings began, he praised his wife, who was present after being fined the previous day for taking part in a protest to demand his release.

Moscow's state prison authority accuses Navalny of parole violations relating to a suspended sentence he had been serving in an embezzlement case he calls trumped up.

Navalny, who is already serving a 30-day detention sentence in connection with the same case, told the court that the whole country knew he had been poisoned and was in Germany at the end of last year.

"On what grounds are you saying you didn't know where I was? You're misleading the court," he told the prison service official, who told Navalny he should have got in touch to formally inform the service of his circumstances.

Navalny's supporters have staged two straight weekends of nationwide protests demanding he be freed, despite a massive show of police force, the threat of arrest, bitter cold and the pandemic.