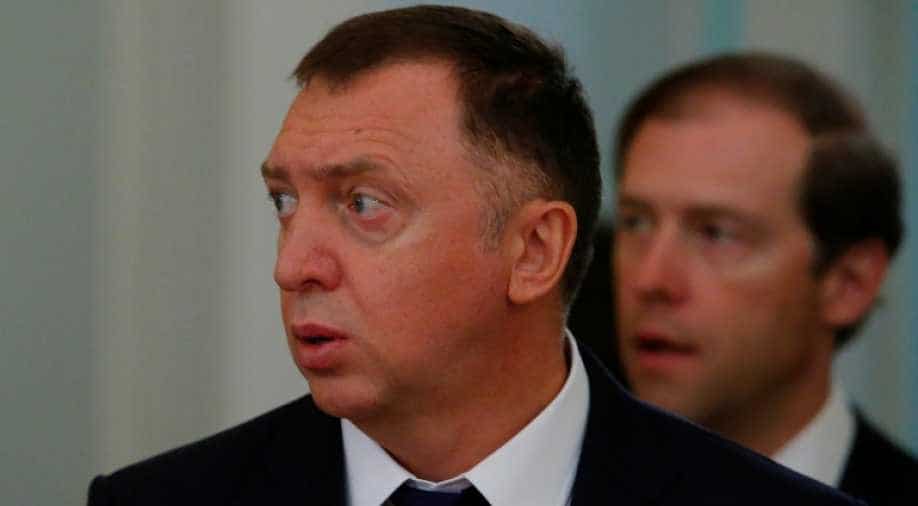 Hong-Kong listed shares in Rusal, the world's largest aluminium producer outside of China, hit their highest since April on Monday, rising 9 per cent.

US President Donald Trump's administration on Sunday lifted sanctions on the core empire of Russian tycoon Oleg Deripaska, including aluminium giant Rusal and its parent En+, despite a Democrat-led push to maintain them.

The move, which sent the Russian stock index to an all-time high, has watered down the toughest penalties imposed since Moscow's 2014 annexation of Crimea, following a lobbying campaign in the United States that lasted almost 10 months.

Hong-Kong listed shares in Rusal, the world's largest aluminium producer outside of China, hit their highest since April on Monday, rising 9 per cent.

Aluminium prices on the London Metal Exchange (LME) dropped as much as 1.4 per cent after the open. The sanctions had sent London aluminium to a seven-year high when they were announced in April last year amid fears of a supply squeeze.

On Monday, the LME said it had lifted its suspension on storing Rusal-produced metal in LME-approved warehouses with immediate effect.

"Members may freely enter into contracts with Rusal and its affiliates," the LME said in a statement.

The decision to lift the sanctions, imposed by the US Treasury in response to what it called Russia's "malign activities", defied a Democratic-led push in the US Congress to maintain the restrictions.

Earlier this month, Democrats were joined by 11 of Trump's fellow Republicans in the US Senate in an effort to keep the sanctions on Rusal, En+ Group and power firm JSC EuroSibEnergo.

Advocates for keeping the sanctions had argued that Deripaska, an ally of Russian President Vladimir Putin, retained too much control over the companies.

Some lawmakers, from both parties, also said it was inappropriate to ease the sanctions while Special Counsel Robert Mueller investigates whether Trump's 2016 presidential campaign colluded with Moscow, something the US president denies.

But in its statement on Sunday, the US Treasury Department said the three companies had reduced Deripaska's direct and indirect shareholding stake and severed his control.

That action, it said, ensured that most directors on the En+ and Rusal boards would be independent, including Americans and Europeans who had no business, professional or family ties to Deripaska or any other person designated for sanctions.

It added that the companies had agreed to "unprecedented transparency for the Treasury into their operations" including extensive auditing, certification and reporting requirements.

Deripaska himself remains subject to US sanctions.

After the Treasury announcement, Rusal said its chairman, Jean-Pierre Thomas, had resigned as part of the deal to lift the US sanctions.

Its parent company, En+ Group, also announced the resignation of several of its board members and the appointment of new directors, a move intended to satisfy US Treasury demands that the boards of both Rusal and En+ Group be made up of independent directors.

"The new board of directors will take additional actions ... to demonstrate the board's absolute commitment to transparency, accountability and good corporate governance," En+'s board chairman Greg Barker said in a statement.

These will include the establishment of a separate board committee for compliance and the retention of an independent expert counsel to advise the board, Barker said.

In addition, En+ announced that Swiss company Glencore would swap shares in Rusal for a direct ownership interest in En+.

Trump administration officials and many Republicans who had supported lifting the sanctions had said they were worried about the effect on the global aluminium industry. Rusal is the world's largest aluminium producer after China's Hongqiao.

They also said Deripaska's decision to lower his stakes in the companies so that he no longer controlled them showed that the sanctions had worked.

Moscow has denied seeking to influence the US election. Deripaska had ties with Paul Manafort, Trump's former campaign manager. Manafort pleaded guilty in September 2018 to attempted witness tampering and conspiring against the United States.