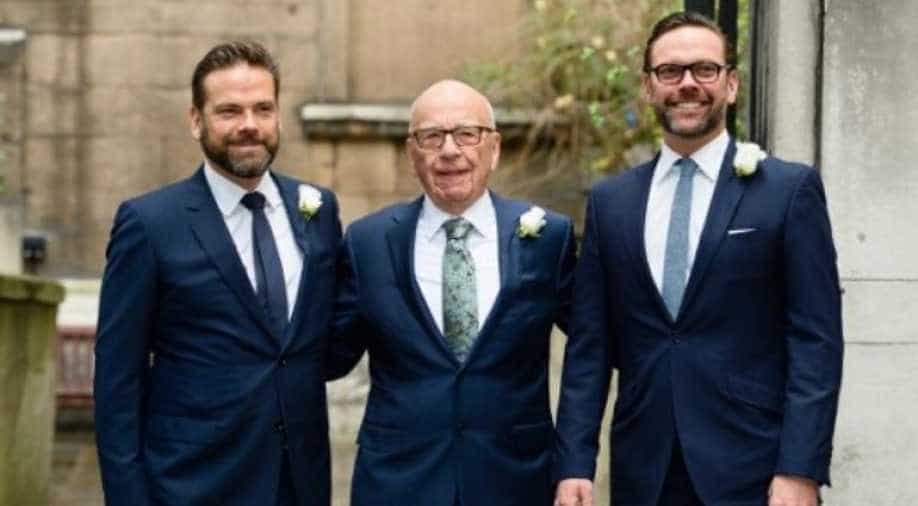 James said that he is ''disappointed'' with the ''conservative bent of mind'' of his father's news outlets.

James Murdoch, the son of media mogul Rupert Murdoch has denounced the coverage of climate crisis, especially the Australian bushfire by his father's news outlet.

Rupert Murdoch has stepped away from the family business last year.

James said that he is ''disappointed'' with the ''conservative bent of mind'' of his father's news outlets.

He considered them to be in ''denial'' specifically when the wildfire has had such a devastating impact on Australia.

James and his wife Kathryn, an environmental advocate expressed their discontentment and frustration with Fox coverage and News Corp in particular.

The couple believes that News Corp and Fox News tried to highlight arson as a major reason behind climate change to overshadow the obvious contradictory evidence.

Interestingly, James is still on the board of News Corp.

However, he is not employed by his father's businesses and runs a private investment company.

The connection between fires and climate was termed as ''hysterical'' and ''silly'' by the Murdoch columnists.

Also read: Australian bushfire smoke will take a 'full circuit' and return to the nation: NASA

Rupert Murdoch describes himself as a 'climate sceptic' and denies employing 'climate deniers'.

James has previously criticized his father's news outlet as well but this is by far the strongest condemnation yet.