Climate crisis to be part of school education in New Zealand 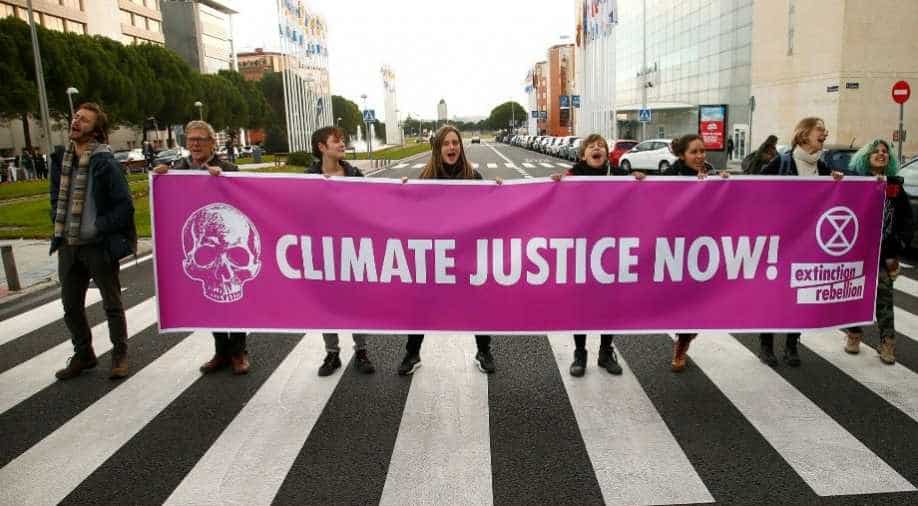 File photo: Activists hold a banner during a protest against climate change. Photograph:(Reuters)
Follow Us

This positive change to the school education curriculum will put the country at the forefront of climate crisis education worldwide.

Polar bear 'invasion': How climate change is forcing them to change their hunting habits

This positive and developmental change to the school education curriculum will put the country at the forefront of climate crisis education worldwide.

Access to materials from leading science agencies about the climate crisis will be provided to all schools in New Zealand.

These include processing their feelings such as anxiety regarding global warming and instruments for planning their own activism to students.

This initiative will put New Zealand a step ahead over other countries in case of educating its citizens regarding changes in climate.

It is noteworthy that both Australia and the United Kingdom have been condemned about the lack of consistency in the climate crisis.

According to the government, this scheme will be offered in all schools of New Zealand to the students between 11 to 15 years of age.

However, it will not be mandatory.

''As per the feedback received from the teachers all across the country, the children are genuinely interested in educating themselves on matters related to climate change'', said James Shaw, New Zealand's minister for climate change.

In 2019, many students in New Zealand left their classes to protest against climate change.

The youngsters expressed that they felt that the older generations had a passive attitude regarding climate change and that they had deserted the "existential threat".

This became a cause of their concern and made them feel anxious and depressed about their future.

The purpose behind providing these materials, which will include tips from experts and both audio-visual aids as well, will also keep a check on these emotions and will make them introspect and ponder regarding the steps they take when they look for solutions.

Creating an edible garden is a specific environmental issue that will be emphasized in this program.

New Zealand had encountered its fourth warmest year in 2019 since 1909 where the temperature ranged between 0.5C to 1.2C which was higher than the average annual across the countries.