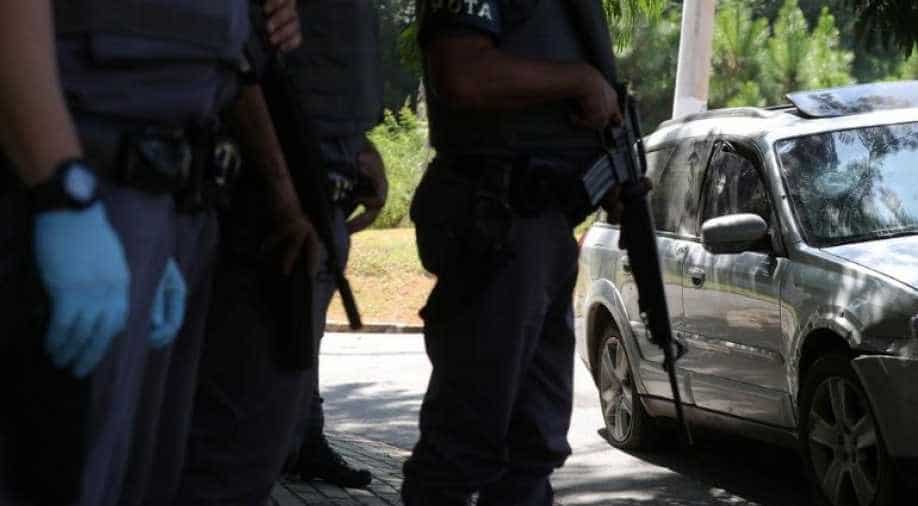 Gruesome deaths are not uncommon. In May, at least 15 inmates were found dead, choked to death or stabbed with toothbrushes in the city of Manaus.

At least 52 inmates were killed in a prison riot in northern Brazil on Monday as rival gang factions fought each other, an official said.

Sixteen of the dead were decapitated in the second major eruption of violence to rock the country's severely overpopulated and deadly prison system in as many months.

Fighting broke out in the Altamira Regional Recovery Center at around 7:00 am, an official from the Para state government's penitentiary department said.

Two guards were taken hostage during the clashes that ended at around midday. They were eventually freed.

Footage broadcast by SBT Altamira purportedly showed thick black smoke rising from the prison compound and people sitting on the roof of a building.

In May, at least 55 prisoners were killed in several jails in the neighbouring state of Amazonas in violence also blamed on an apparent gang dispute.

Most of the victims were killed by asphyxiation, the state government said at the time.

The federal government dispatched reinforcements to boost security in the jails.

Brazil has the world's third-largest prison population after the United States and China, with 726,712 inmates as of June 2016, according to official statistics.

The population is double the capacity of the nation's jails, which in the same year was estimated to be 368,049 inmates.

The federal government had been expected to add another 115,000 inmates by the end of 2018, Human Rights Watch said in a recent report.

Along with severe overcrowding and gang violence, riots and breakout attempts in Brazil's prisons are not uncommon.