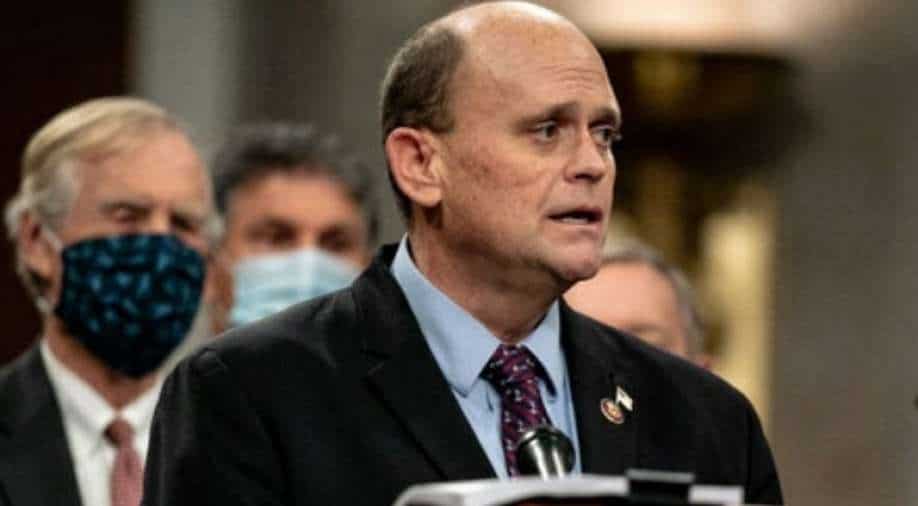 In a statement, 49-year-old Reed said that the incident occurred when he “struggling” in life.  He also claimed that the sought help later on in the same year for alcoholism

Tom Reed, a Republican from New York who was accused of sexual misconduct recently denounced plans to run for reelection next year. A female lobbyist claimed that Reed touched her inappropriately without consent in 2017. On Sunday, he apologised to the woman - Nicolette Davis.

In a statement, 49-year-old Reed said that the incident occurred when he “struggling” in life.  He also claimed that the sought help later on in the same year for alcoholism.

In addition, he also apologised to his wife and children and shared plans to dedicate his “time and attention to making amends” for his actions in the past.

Reed was first elected to Congress 2010 and was among the many members of Congress calling for the resignation of New York City’s Governor, Democrat Andrew Cuomo who has been accused of sexual harassment by multiple women.

Earlier in February, Reed announced plans to run against Cuomo if he sought another term. But on Sunday, he retreated and said that he would not seek any office in 2022.

The allegations were published by The Washington Post over the weekend. At that time, the woman was 25 and worked as a lobbyist. When the incident occurred, she was seated next to him at a Minneapolis bar.

According to CNBC, she texted a co-worker at that time, writing that a “drunk congressman is rubbing my back”.

Also read: How Cuomo’s team tried to tarnish one of his accusers

In his statement, Reed said that the account of the incident was inaccurate. At the same time he wrote - “I was wrong, I am sorry, and I take full responsibility” while saying that his “behaviour caused her pain”.

Reed was once the mayor of Corning in New York.