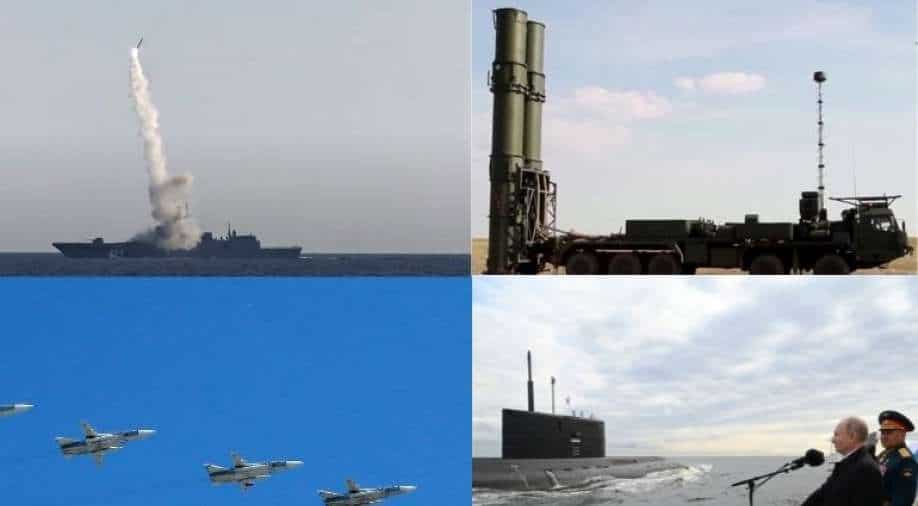 Amid continued tensions with Ukraine at the border, Russia announced it will conduct an exercise of the "strategic deterrence force under the direction of supreme Commander-in-Chief Vladimir Putin".

Russia's defence ministry said it will launch "ballistic and cruise missiles" during the drills while adding that the "strategic deterrence force drills" were planned in advance.

The latest Russian drills are aimed at proving "reliability of the strategic nuclear and conventional forces’ weapons" with combat teams, ships and strategic missile carriers in operation, the defence ministry said.

The drills will involve the aerospace force, the southern military district, the strategic missile force and the Northern and Black Sea fleets with all "three components" of the strategic nuclear forces involved in the exercise.

Watch: Biden convinced that Russia has decided to invade Ukraine

Russia's TASS news agency said during the drills, as a practice Russian forces will fire an intercontinental ballistic missile (ICBM) towards the Kura proving ground in Kamchatka in Russia’s Far East.

"Putin will likely be in Russia's 'situation centre' to oversee nuclear drills. Such drills and even training launches are impossible without the head of the state," the Kremlin said, adding, "training launches of ballistic missiles is a regular training process."

The Kremlin added that its actions were "absolutely transparent and clear for professionals from other countries" and that it "shouldn't be a concern to anybody" while adding that no one should feel "alarmed" about it.

Amid escalating tensions, President Biden said on Saturday that he is "convinced" President Putin has decided to invade Ukraine while adding that Russia could engineer a false pretext to go to war.