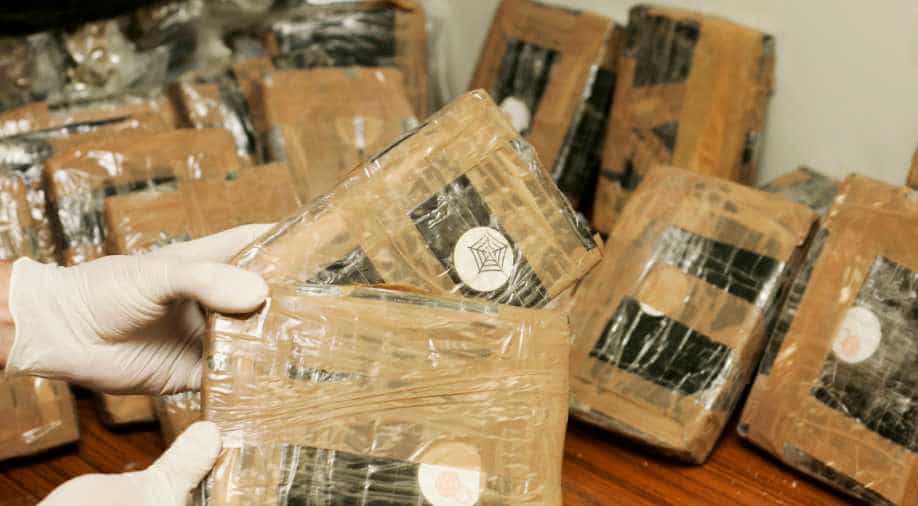 The drugs belonged to an international crime ring also comprising an ethnic Moroccan with Spanish and Dutch citizenship. (Representative image) Photograph:(DNA)
Follow Us
Romania's anti-mafia police have seized 2.5 tonnes of cocaine worth at least 600 million Euros ($667.20 million) street value, hidden in banana containers from Colombia in the Black Sea port of Constanta, the country's biggest ever haul.

The police, which arrested four Lithuanians and one Colombian after a six month-long operation including undercover agents and help from US authorities, said the cocaine was due to be transferred to trucks and sent to the Netherlands.

"The plan was that trucks hired from different companies and bound for the Netherlands were due to transport the drugs among marble (construction) materials," head of the anti-mafia prosecutor's office, Daniel Horodniceanu, said.

The drugs belonged to an international crime ring also comprising an ethnic Morocan with Spanish and Dutch citizenship. The man was arrested by Spanish police.

The containers had arrived from Colombia last week.