Russian President Vladimir Putin yesterday said that he does not want his country to return to the late Soviet-era practice of having lifelong rulers. Most of these rulers died in power without a proper succession strategy.

Putin made the comments while addressing the veterans of World War Two in St Petersburg.

Recently, he shook up the cabinet which led to the resignation of Dmitry Medvedev as prime minister along with his government.

After this, Mikhail Mishustin, the head of the country's tax service was chosen as the prime minister. More members of the cabinet will be announced shortly.

Putin's recent changes in the Russian polity triggered fears of the president trying to indefinitely extend his power. The constitutional amendment put forth by Putin would create new centres of power outside of the presidency. 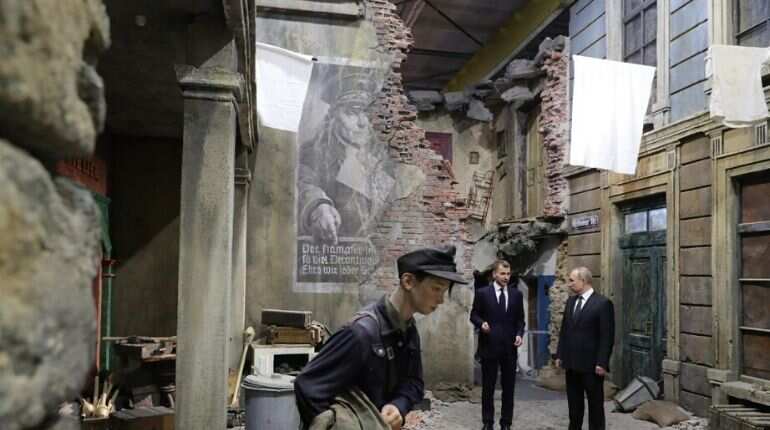 Image: Russian President Vladimir Putin (R) visits a 3D panorama ‘Memory speaks. The road through the war’ in St Petersburg on January 18, 2020, as part of the 75th anniversary since the Leningrad siege was lifted during the World War Two. Putin attended events marking the 77th anniversary of the break of Nazi's siege of Leningrad. The Red Army broke the nearly 900-day blockade of the city on January 19, 1943 after fierce fighting | AFP

Putin has dominated the Russian political landscape as president or as prime minister for the last two decades. His current term terminates in 2024.

Many critics believe that Putin wants to exercise power over Russia even after his term ends.

The president had also earlier said that he wants to limit the maximum terms of any presidents to two. However, he is himself serving his fourth term.

"As regards (presidential) terms for staying in power I understand ... that (concern over this) is linked for many people with worries about societal, state and domestic and external stability'', Putin said.

"But it would be very worrying to return to the situation we had in the mid-1980s when state leaders stayed in power, one by one, until the end of their days and left office without ensuring the necessary conditions for a transition of power. So thanks, but I think it would be better not to return to that situation", he added. Image: Russian President Vladimir Putin attends a wreath laying commemoration ceremony for the 75th anniversary since the Leningrad siege was lifted during the World War Two at the Boundary Stone monument, around 50 kilometers east of Saint Petersburg on January 18, 2020. The Russian city of St. Petersburg, then called Leningrad, marked the 75th anniversary of the end of the devastating WWII siege by Nazi forces, lasted 872 days until the Soviet Army drove the Nazis away on January 27, 1944 | AFP

Putin was alluding to the late Soviet period whereby senior leaders like Leonid Brezhnev, Yuri Andropov and Konstantin Chernenko all died in office. This was usually followed by attempts to grab power by others.

Could Putin be suggesting that he does not intend to return as president after his term ends?

Many believe that Putin would continue to wield influence behind the scenes.