Press: Another weapon of China's choice 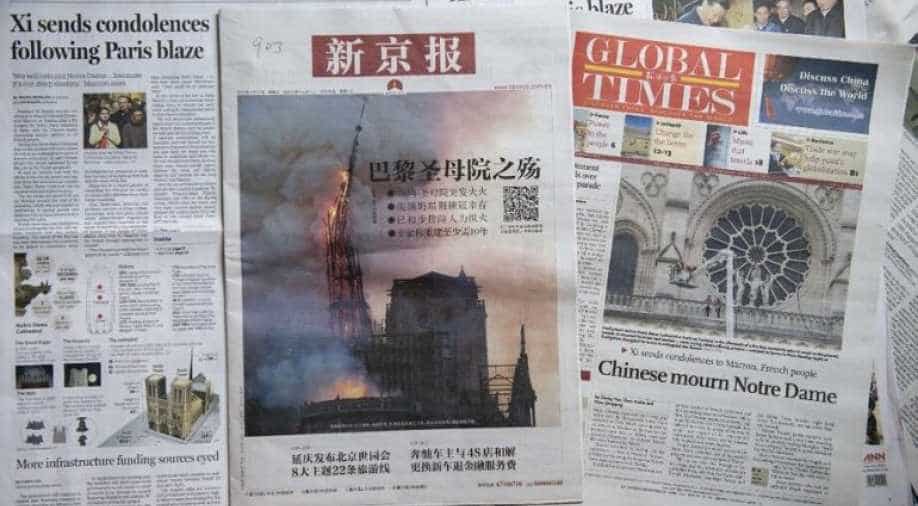 China's relationship with the media has always been complicated.

After its army, another weapon of choice that China uses to fight its assumed enemies is the press.

China's relationship with the media has always been complicated.

Successive governments have struggled with the concept of free speech.

Under President Xi Jinping, the press has been most definitively reduced to a propaganda machine -- and not just at home, but outside China too.

The world over, Beijing is buying editors, editorials and advertorials.

China has already paid up to $250,000 to place ads in leading media houses, and has been enticing international journalists with junkets.

Also, China invests as much as $1.3 billion every year to control the global narrative.

And now, in middle of the coronavirus pandemic, China is censoring foreign diplomats too.

For instance, People's Daily is owned by the Communist Party of China.

The paper recently refused to publish an opinion piece by the US ambassador to China -- Terry Bran Stad, citing the envoy's article failed to meet its standards.

"In our opinion, the op-ed in the name of ambassador Bran Stad is full of loopholes and seriously inconsistent with facts," it said.

It also did not meet the standards of People's Daily, a prestigious, serious and professional media, for selecting and publishing articles.

But truth be told, the articles the above-mentioned newspaper has been publishing argue China is helping people grow through trade -- which is a big lie.

The US ambassador has not been the only one to face Chinese censorship.

The publication in question -- The Global Times.

On August 6, the newspaper published an article on Kashmir. It had quotes from Moin ul Haque, the Pakistani envoy to China.

When the Indian envoy sent in his rebuttal, the Global Times refused to publish it.

The Indian mission had to correct Pakistan's misinformation on Twitter.

To add to this, China recently censored a friendship letter from the European Union.

The EU published an opinion piece on the coronavirus in May. The piece was co-authored and co-signed by all the EU ambassadors to Beijing, and was published in state-run newspaper China Daily.

The op-ed was meant to celebrate 45 years of diplomatic relations with China.

What China deleted one paragraph from the letter. Here's what it said: "The outbreak of the coronavirus in china and its subsequent spread to the world over the past three months, has meant that our pre-existing plans have temporarily side-tracked."

Moral of the story -- China censors everything.

When that doesn't work, it issues threats.

Two Australian journalists were recently flown out of China, because they were no longer safe in Beijing.

Bill Birtles and Mike Smith were advised by the Australian embassy to leave China last week.

The Chinese police showed up at one of their doorsteps the night before he was supposed to board the flight to Australia.

The journalist was quizzed by the Chinese police in the presence of the Australian ambassador.

The journalist was asked to reveal his sources, especially the ones he spoke to for reporting on the Hong Kong security law.

Last month, China also detained an Australian journalist named Cheng Lei. She worked with the CGTM, and is currently in Chinese custody. Because Beijing has accused her of 'criminal activity endangering china's national security'.

This is China at war with the press -- if you are not writing or talking in favour of China, you become a state enemy.

It is either propaganda or prison.