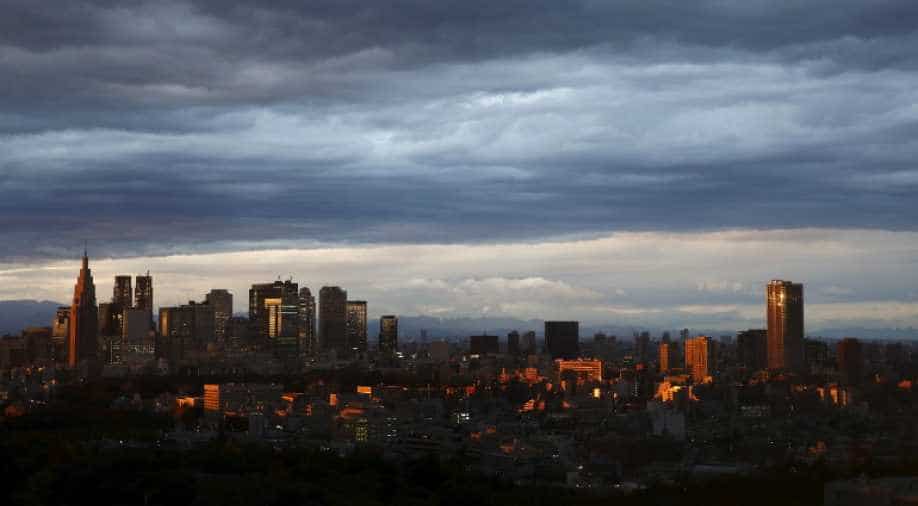 Faxai, packing winds of up to 216 kilometres (134 miles) per hour, was bearing down on the Japanese capital and was expected to pass right over the megacity in the early hours of Monday

Faxai, packing winds of up to 216 kilometres (134 miles) per hour, was bearing down on the Japanese capital and was expected to pass right over the megacity in the early hours of Monday.

Authorities issued non-compulsory evacuation warnings to more than 110,000 people, as forecasters cautioned the rain and wind could reach "record" proportions.

"Please be on full alert against gusts and high waves and be vigilant about landslides, floods and swollen rivers," the agency said in a statement.

Faxai was likely to cause havoc with the Monday morning commute in Tokyo with train operators forced to suspend major lines until at least 8am.

"We need to inspect tracks and check if there is any damage as the typhoon is expected to pass through the region overnight," a train company spokesman told AFP.

The typhoon already caused some travel disruption on its approach with some 100 bullet trains connecting Tokyo with central and western Japanese cities scrapped on Sunday, along with ferries services in Tokyo bay.

Airlines have already cancelled more than 100 flights scheduled on Monday while some coastal highways were closed west of the capital in Kanagawa due to the storm, according to local media.

There were no immediate reports of injuries or significant damage but eight surfers were rescued amid high waves off Shizuoka in cental Japan after they were swept out to sea, local officials said.

"We sent two of them to hospital but no one was in danger of dying," he added.

Some department stores and amusement parks, including Tokyo Disneyland, closed earlier than scheduled due to the approaching storm.

Faxai was churning near Izuoshima island, south of Tokyo in the Pacific, at 10:00 pm on Sunday (1300 GMT), travelling north at a speed of 20 kilometres per hour and already producing high waves.

Japan is well used to severe tropical storms and typhoons during late summer and autumn.

Typhoon Faxai comes just as teams begin arriving for the Rugby World Cup, which kicks off on September 20.

The French team managed to sneak in just ahead of the typhoon and reach their training camp near Mount Fuji.

However, the Australian Wallabies squad found their preparations disrupted as the typhoon delayed their scheduled arrival.