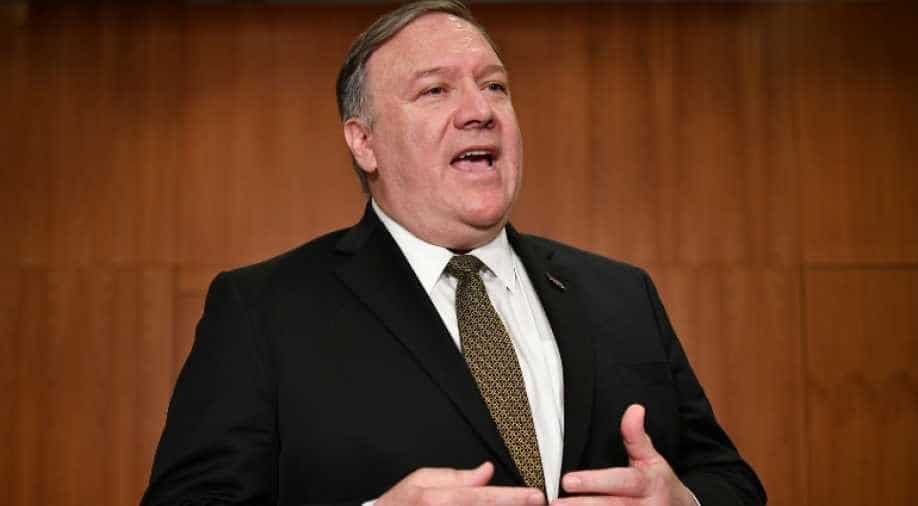 Pompeo, who is on a two-day visit to the Gulf region following the attack.

US Secretary of State, Mike Pompeo on Wednesday termed the drone attack on oil facilities in Saudi Arabia as an "Iranian attack" while also described it as an "act of war."

"We were blessed that there were no Americans killed in this attack but any time you have an act of war of this nature, there's always a risk that that could happen. This is an attack of a scale we've just not seen before," CNN quoted him as saying.

Pompeo, who is on a two-day visit to the Gulf region following the attack, also said, "This was an Iranian attack. It's not the case that you can subcontract out the devastation of 5 per cent of the world's global energy supply and think that you can absolve yourself from responsibility. Were it the case that the Houthis' fraudulent claim was accurate, was that true it's not but were that true, it doesn't change the fingerprints of the Ayatollah as having put at risk the global energy supply."

The US Secretary of State said that the weapons used in the attack were not in the possession of Yemen's Houthi rebels.

The attack was claimed by Yemen's Houthi rebels who are backed by Iran.