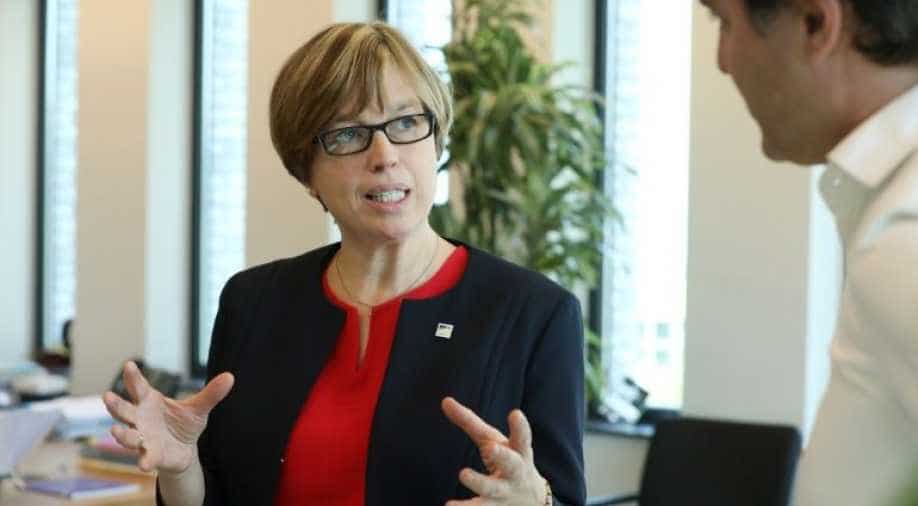 Catherine De Bolle head of European police agency Europol warns in an interview that law enforcement agencies are at risk of falling behind the curve on technology, putting them at a disadvantage to criminals using the dark web and crypto currencies in The Hague, Netherlands. Photograph:( Reuters )

Appealing to EU leaders for greater powers to fight tech-savvy criminals, Catherine De Bolle said its member states do not yet have the domestic regulations or technology to fill the policing gap that will open up when 4G networks become obsolete.

European law enforcement agencies set to lose the ability to tap criminals' mobile devices with the launch of 5G technology must be brought into discussions earlier when communications networks are modernised, the new head of Europol told Reuters.

Appealing to EU leaders for greater powers to fight tech-savvy criminals, Catherine De Bolle said its member states do not yet have the domestic regulations or technology to fill the policing gap that will open up when 4G networks become obsolete.

"It is one of the most important investigative tools that police officers and services have, so we need this in the future," she said in an interview, giving the example of locating a child who has been kidnapped.

European police authorities are now able to listen to and track wanted criminals using mobile communication devices on the 4G network, but "we cannot use them in the 5G network," De Bolle said.

She said European law enforcement agencies were brought into talks on the 5G transition among tech companies and policymakers too late. That meant that officials were now being forced to seek ways to limit the damage when police are stripped of critical surveillance capabilities under 5G.

The comments came as Europol released a report on crime-fighting in the digital era, called "Do Criminals Dream of Electric Sheep," which described the adoption by criminals of new encrypted communication tools, 3-D printing technology and hacking capabilities that target potential victims online.

It highlighted the ability of terrorists to use self-driving cars or drones as weapons, artificial intelligence that can spread fake news and high-speed quantum computing that may help crack encryption codes.

Police agencies "were not vocal enough" when policy makers and commercial businesses were discussing 5G technology, and De Bolle is sounding the alarm to avoid a repeat.

"The biggest risk is that we are not enough aware of the developments on a technological level and we have to be ahead on this. We have to understand what is going on and we have to try to provide answers to it," she said.

Europol opened in 1999 as Europe's collective policing agency and combats cross-border organised crime, terrorism, and cybercrime in the bloc. It has 900 staff based in The Hague.

The agency is in discussions in Brussels to double its budget from this year's 138 million euros ($155 million) by 2027, largely to revamp its cybercrime capabilities, De Bolle said, detailing the new report.

"The area we are working in and the technological evolution we are dealing with - the innovation used by criminals, the web-based criminality - it is huge," said De Bolle, who joined Europol in May 2018 from the Belgian police force.

She made the case for Europol to become a platform for modernising EU police forces by developing digital tools and technology.

To do that, Europol would need greater political and financial support from European institutions. In the next seven-year EU budget period from 2021 to 2027 "we need a doubling of the money we have today," she said.