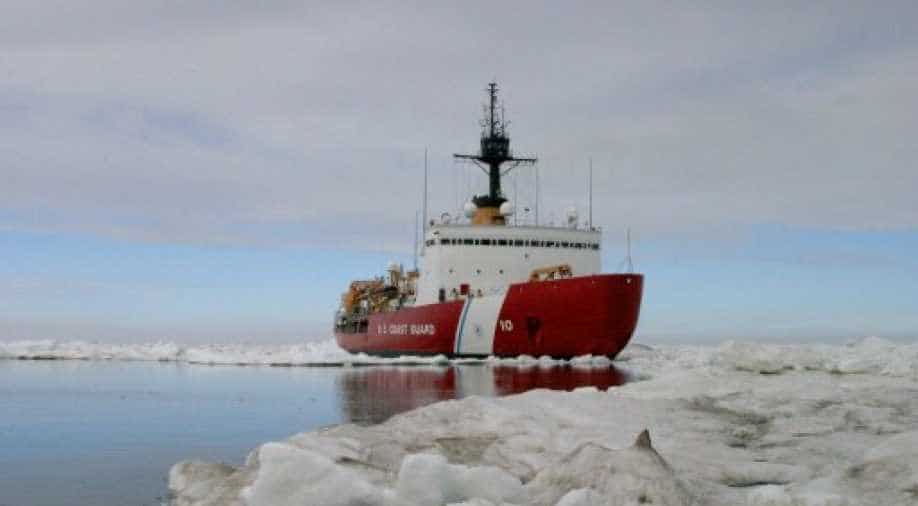 The much-debated Transpolar Sea Route (TSR) is the Arctic shipping route which runs through the Atlantic Ocean to the Pacific Ocean and is also called the Trans-Arctic Route,

Amid tensions in South China, a study has said that China has shown the "most interest" in emerging sea routes as climate change melts ice in the Arctic Ocean.

In fact, China had released a White Paper (WP) two years ago asserting its legitimate rights in the region under international law which included freedom of navigation through the Arctic marine areas.

The much-debated Transpolar Sea Route (TSR) is the Arctic shipping route which runs through the Atlantic Ocean to the Pacific Ocean and is also called the Trans-Arctic Route, with the melting icecaps it is increasingly being viewed as the next big shipping route over the next decade.

According to the Marine Policy journal, China's has been eyeing Transpolar Sea Route (TSR) which connects the Atlantic and Pacific oceans as it will help to reduce distances in global trade.

In the White Paper, China had claimed the Arctic is the "Polar Silk Road" connecting Asia and Europe with the expansion of China's ambitious Belt and Road initiative(BRI).

"China is an important stakeholder in Arctic affairs. Geographically, China is a Near-Arctic State, one of the continental States that are closest to the Arctic Circle," the White Paper had said.

The report also claimed that China has "long been involved in Arctic affairs" after it joined the Spitsbergen Treaty in 1925, "since then, China has exerted more efforts in the exploration of the Arctic, expanding the scope of activities, gaining more experience and deepening cooperation with other participants," it said.

"China attaches great importance to navigation security in the Arctic shipping routes. It has actively conducted studies on these routes and continuously strengthened hydrographic surveys with the aim to improving the navigation, security and logistical capacities in the Arctic," the White Paper said while adding that China hopes to work with all parties to build a “Polar Silk Road” through developing the Arctic shipping routes.