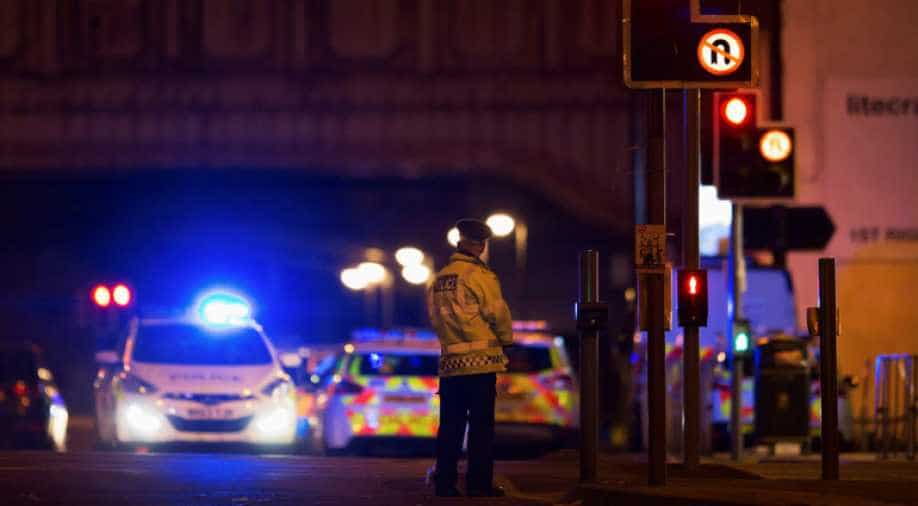 'Everyone pls share this, my little sister Emma was at the Ari concert tonight in #Manchester and she isn't answering her phone, pls help me,' said one message posted alongside a picture of a blonde-haired girl with flowers in her hair. Photograph:( Reuters )

Frantic parents are turning to social media to look for their kids after a blast at an Ariana Grander concert in Manchester, England left 19 dead and 50 injured

Desperate parents and friends used social media to search for loved ones on Tuesday after a blast killed at least 19 people at a British concert by US singer Ariana Grande, with images of happy-looking teenagers posted next to pleas for help.

"Everyone pls share this, my little sister Emma was at the Ari concert tonight in #Manchester and she isn't answering her phone, pls help me," said one message posted alongside a picture of a blonde-haired girl with flowers in her hair.

Another Twitter user called Erin:P urged people to help him find his sister: "She's wearing a pink sweatshirt and blue jeans. Her name is Whitney."

The blast rocked the foyer of the Manchester Arena as thousands of young fans and parents streamed out of the venue after the show by the U S singer, whose fan base is made up largely of teenagers and pre-teens.

A third Twitter account, Deplorable MrsK, posted a picture of a young man smiling and wearing a suit, saying: "My son was in the Manchester Arena today. He's not picking up my call! Please...."

Montages of smiling faces were being circulated of teens still unaccounted for after the concert.

Paula Robinson, 48, was at the train station next to the arena with her husband when she felt the explosion and saw dozens of teenage girls screaming and running away from the arena.

"We ran out," she told Reuters. "It was literally seconds after the explosion. I got the teens to run with me."

Robinson took dozens of teenage girls to the nearby Holiday Inn Express hotel and tweeted out her phone number to worried parents telling them to meet her there. She said her phone had not stopped ringing since her tweet.

"Parents were frantic running about trying to get to their children," she said. "There were lots of children at Holiday Inn."

Social media posts said the Premier Inn and other Manchester hotels had also thrown their doors open as shelters, with reports of up to 60 children at the Holiday Inn.

In other messages, taxi drivers offered to ferry those who needed to leave the city for free, while the hashtag #RoomForManchester was being used to offer free bedrooms and sofas for anyone stuck in the city.

"I'm 10 mins from Manchester city centre and can give lifts to or from anywhere. Anyone needs help, just let me know. #roomformanchester," wrote a Twitter user called Danny Hutch.

Giant iceberg breaks off near UK Antarctic base