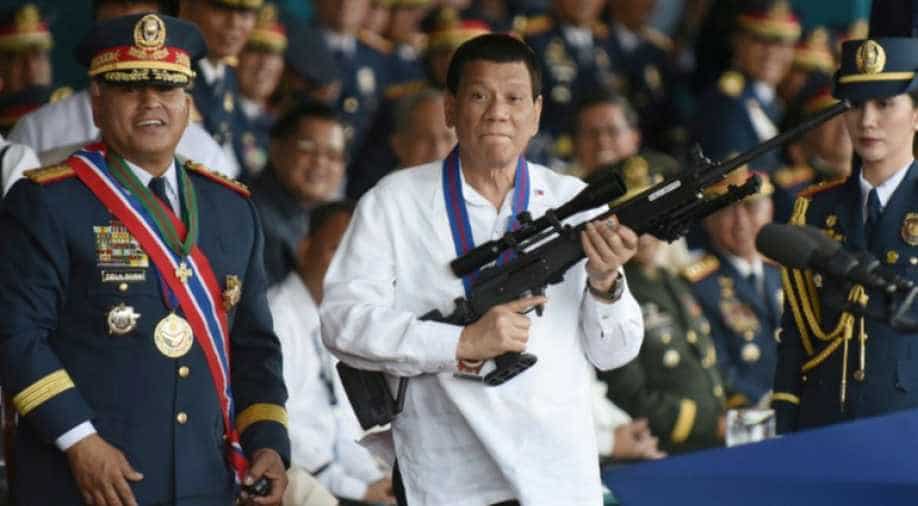 The Philippine president, notorious for having cursed the pope and world leaders like former US President Barack Obama, has sparked new outrage by calling God "stupid" in Asia's largest Catholic country.

Rodrigo Duterte questioned in a televised speech on Friday the Biblical story of man's creation and asked why God created Adam and Eve only to allow them to succumb to the temptation that destroyed their purity.

"Who is this stupid God? This son of a bitch is then really stupid," said the 73-year-old leader, known for his rambling public statements. "How can you rationalize a God?"

Duterte's spokesman defended his remarks, saying the president has the right to express his opinion on religion and cited his previous disclosure that he was once sexually abused as a student by a priest.

Duterte shocked Filipino Catholics in 2015 when he cursed visiting Pope Francis for having triggered a monstrous traffic in Manila.

He later apologised, but has repeatedly lashed out at bishops and the dominant Catholic church, which has criticised his bloody crackdown on illegal drugs.

Obama, who also raised alarm over the drug killings under Duterte, was also a target of the Philippine leader's tongue-lashing.

He once said the American leader should "to go to hell."

The former longtime city mayor has repeatedly declared he does not care about human rights and has threatened drug dealers and other criminals with death.

He warned he would withdraw the Philippines from the United Nations after its human rights experts called for an independent investigation into extrajudicial killings under his rule.

He described the world body as hypocritical for failing to prevent genocides worldwide.