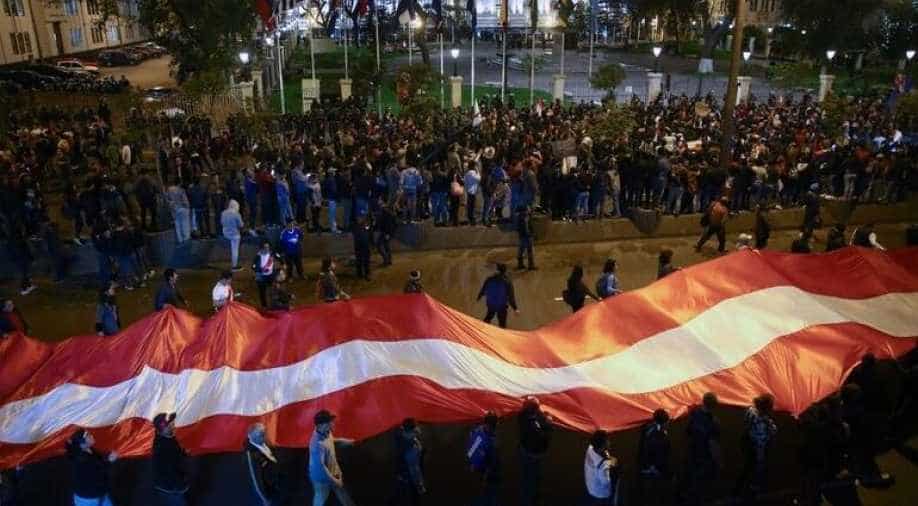 Vizcarra called new parliamentary elections for January 26, according to a decree published in the official gazette.

Peru's President dissolved the parliament and called for fresh elections Monday, prompting a vote by lawmakers to suspend him, deepening a long-running institutional crisis.

The announcement by President Martin Vizcarra came after he warned Congress he would dissolve the body if it continued to block a raft of anti-corruption reforms and changes to the way judges are appointed to the country's Supreme Court.

Vizcarra called new parliamentary elections for January 26, according to a decree published in the official gazette.

Shortly after his televised statement, 86 of Congress' 130 members voted to suspend Vizcarra for one year on the grounds of "moral incapacity" and nominated Vice President Mercedes Araoz as acting head of state.

The chamber will meet on Friday to consider a motion to dismiss the president, House Speaker Pedro Olaechea said.

"We are facing a coup d'etat," opposition legislator Jorge del Castillo said of Vizcarra's move. "I hope the armed forces and the police will stay out of this charade."

But the chiefs of the police and army "reaffirmed their full support for the constitutional order" and Vizcarra at the presidential palace in Lima, the presidency said on Twitter, posting a photo of the meeting.

Supporters of the move to dissolve parliament also took to the streets across Peru, with one demonstration in Lima drawing around 2,000 people.

Vizcarra -- whose anti-graft drive has won him widespread popularity -- has repeatedly clashed with Congress, which is dominated by the Popular Force party of Keiko Fujimori.

Fujimori is the eldest daughter of disgraced former president Alberto Fujimori and is herself in prison awaiting trial after being accused of accepting $1.2 million in illicit party funding from Brazilian construction giant Odebrecht for her 2011 presidential campaign.

The Supreme Court is currently debating whether to free opposition leader Keiko -- once Peru's most popular politician -- from pre-trial detention.

Odebrecht has admitted paying at least $29 million in bribes to Peruvian officials since 2004.

Three former presidents, including Vizcarra's predecessor Pedro Pablo Kuczynski, are also being investigated over Odebrecht while a fourth, Alan Garcia, committed suicide in April after police arrived at his house to arrest him for money laundering.