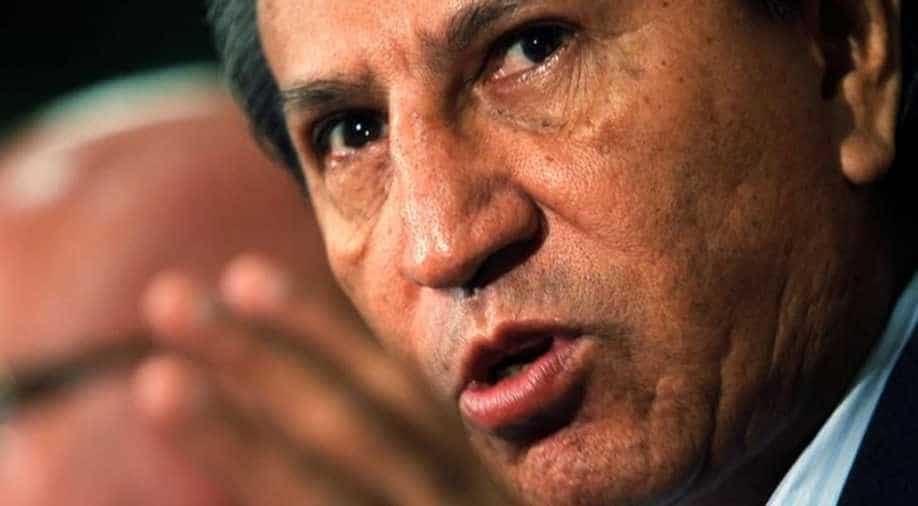 Toledo, who served as president from 2001 to 2006, is a fugitive from Peruvian justice for allegedly receiving $20 million from the Brazilian construction company Odebrecht in exchange for aid to win public works contracts.

Former Peruvian president Alejandro Toledo was arrested in the United States on Tuesday and faces extradition back to Peru, the South American country's justice minister said, as part of a sweeping corruption probe that has snared several political leaders.

Toledo, who served as president from 2001 to 2006, is a fugitive from Peruvian justice for allegedly receiving $20 million from the Brazilian construction company Odebrecht in exchange for aid to win public works contracts.

Peru formally requested his extradition from the United States a year ago.

Toledo, 73, who was arrested in California, has repeatedly denied any wrongdoing.

Toledo's lawyer in Peru, Heriberto Benítez, told local radio station RPP that the former president had not received due process in the investigation by Peruvian prosecutors.

Peruvian Justice Minister Vicente Zeballos said Toledo would face an initial hearing later this week, which will determine whether the former president will be detained during the lengthy process of seeking his extradition from the United States.

"In round numbers, (extradition) could take a year," Zeballos said. "The government is engaged in a full-on fight against corruption."

Toledo would likely have a further bail hearing before the extradition process and could potentially file a final legal appeal, Zeballos added.

Peru has faced a wave of political scandals linked to corruption and particularly the Odebrecht case. Former President Pedro Pablo Kuczynski was arrested at his home over allegations of bribery linked to the investigation.

Another former president, Alan Garcia, shot himself in the head to avoid arrest in April, in connection with alleged bribes from the Brazilian builder.