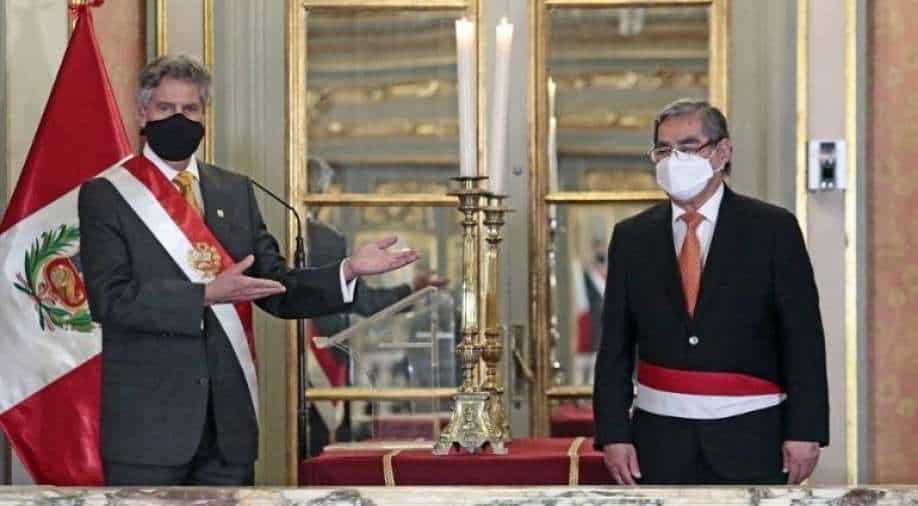 The official, Pilar Mazzetti, who had been in that role since July and led the country’s health office during the previous president’s administration, resigned Friday.

Peru swore in a new health minister Saturday after accusations became public this past week that the official previously in the role had used her position to get a former president a COVID-19 vaccine before it was publicly available.

The official, Pilar Mazzetti, who had been in that role since July and led the country’s health office during the previous president’s administration, resigned Friday. Her replacement, Óscar Ugarte, took office Saturday.

The news of the inoculation of the former president, Martin Vizcarra, was reported by a Peruvian newspaper, which said that he had jumped the line for the vaccine just weeks before he was impeached. Vizcarra claimed that he had received the shot because he was a volunteer in a trial for the Sinopharm vaccine.

Before resigning, Mazzetti responded to criticism from lawmakers about the situation involving her former boss and said she did not know that he was being considered for the vaccine.

“At no point was I aware of or consulted on the possibility of the vaccination of Mr. Martin Vizcarra,” Mazzetti told lawmakers Thursday.

The director of the Sinopharm trial in Peru did not respond to requests for comment.

In recent months, Mazzetti, the country’s fourth health minister since the start of the pandemic, had come under increasing criticism for her handling of the health crisis. The country, with a population of about 32 million, has recorded about 1.2 million virus cases and more than 43,000 deaths. By contrast, Malaysia, with roughly the same population, has recorded 261,805 cases and 958 deaths.