Palestinians keep up refusal of tax revenues after Israel cuts 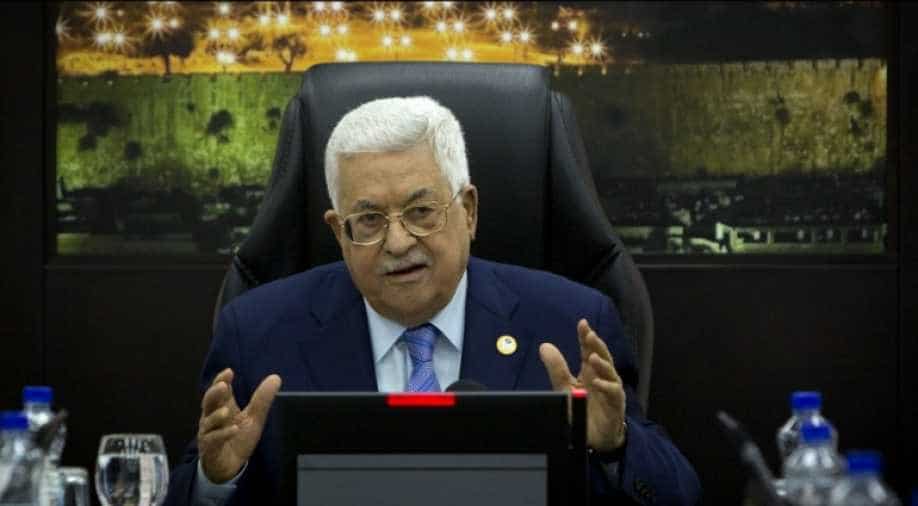 'Our position is as it was: We will not receive any money from Israel if it is incomplete,' Palestinian Authority (PA) president Mahmud Abbas told the weekly cabinet meeting in the West Bank city of Ramallah.

The Palestinians on Monday restated their refusal to accept tax revenues collected on its behalf by Israel so long as the Jewish state deducts millions of dollars over a dispute about prisoners.

"Our position is as it was, We will not receive any money from Israel if it is incomplete," Palestinian Authority (PA) president Mahmud Abbas told the weekly cabinet meeting in the West Bank city of Ramallah.

"This is something we will not accept at any cost."

Israel collects around $190 million a month in customs duties levied on goods destined for Palestinian markets that transit through Israeli ports, and then it transfers the money to the PA.

In February, the Jewish state decided to deduct around $10 million a month from those revenues, corresponding to the amount it said the PA paid families of prisoners or directly to inmates serving time in Israeli jails.

The Palestinians responded by saying they would refuse any funds where unilateral deductions had been made.

Israeli public radio reported Monday that a month's payment -- minus the $10 million deductions -- had recently been transferred to PA bank accounts, in the hope the authority would quietly accept payment.

But after two weeks, the radio said, the money was returned to the Israeli finance ministry.

Israel sees the payments to those who have carried out attacks against Israelis as encouraging further violence.

The PA describes the payments as a form of welfare, while the Palestinian public regards prisoners jailed by Israel as national heroes.

The Arab League pledged last week to provide the PA with $100 million monthly, potentially averting a financial crisis caused by the row.

Abbas on Monday called on the body to honour that pledge.

"We do not have high hopes, but perhaps the amount could be considered a debt that we return as soon as Israel returns" the money, he said.

Abbas also renewed his opposition to a proposed US peace plan expected to be unveiled this summer.

He has refused to negotiate with Donald Trump's administration since December 2017, when the US president controversially recognised Jerusalem as Israel's capital.

Abbas, 84, has previously faced accusations of anti-Semitism in comments about the history of Israel, Jews and Zionism, the ideological movement behind the creation of a Jewish state, accusations he denies.

On Monday, he said, "Europe created -- this slightly annoys our neighbours -- Zionism and Israel."

"Let's not fool ourselves -- this is what history says."