Opinion: Why Democrats are in trouble 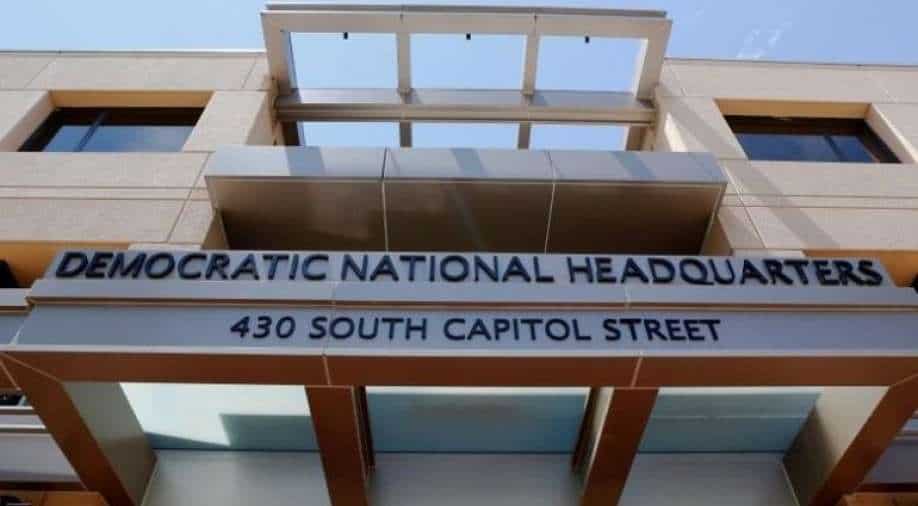 The headquarters of the Democratic National Committee is seen in Washington (file photo). Photograph:( Reuters )

Why did Democrat Terry McAuliffe lose was on its way to being lost. Pollsters, pundits and political strategists look to answer this question

Days before it became clear that Republican Glenn Youngkin would win Virginia’s gubernatorial race, pollsters, pundits and political strategists were trying to explain why a race that was the Democrat Terry McAuliffe’s to lose was on its way to being lost.

Some explanations were more convincing than others.

Least convincing was the suggestion that Youngkin, a former private equity executive, won by dogwhistling Dixie. The pro-McAuliffe Lincoln Project even tried to troll a Youngkin event in Charlottesville with tiki-torch bearers, but they were exposed. That theory fails to explain why Youngkin ever would have thought he could win by moving to the hard right in a state where no Republican has won statewide office in a dozen years, and which Joe Biden won last year by 10 points.

Another explanation is that early political reversals for an incumbent party are normal. Republican Chris Christie of New Jersey won a similar bellwether gubernatorial election in 2009, almost a year into Barack Obama’s first term. That win anticipated the GOP’s historic 63-seat gain in the 2010 House elections, but it did not keep Obama from getting his signature legislation enacted, much less from being reelected.

Then there is the fact that McAuliffe ran a lousy campaign. State races are about state issues. McAuliffe’s focus was to paint Youngkin as a Trumpkin, going so far as to invent a fictional Youngkin-Trump joint campaign event. Youngkin focused on issues like cutting taxes on groceries and giving parents more of a say in their kids’ education. Voters typically want governors to solve problems, not serve as moral avatars.

Finally, there’s Joe Biden. He is manifestly inept. He cannot get his party to pass a popular infrastructure bill. On inflation, Afghanistan and the southern border, he has offered benign assurances that have been summarily contradicted by events. No president elected after World War II lost more public support in his first few months of office than he has, according to Gallup. Biden’s losses are particularly steep among independents. If Biden doesn’t recover, this is bound to have down-ballot effects.

The last three explanations are true as far as they go. But they don’t sufficiently capture the Democrats’ deeper problem, which is the persistent and justified perception of a party too often composed of fake moderates and dissembling radicals. Middle-of-the-road voters — the kind who still decide elections in purplish places like Virginia — sense they’ve been bamboozled.

Who’s a fake moderate? Biden campaigned as the most centrist Democrat in last year’s primary field. He is trying to govern as the most socially transformational president since Lyndon B. Johnson. Attorney General Merrick Garland looks like a fake moderate, too willing to cite the power of the federal government after angry parents at school board meetings were labeled domestic terrorists. Whatever happened to Democrats as civil libertarians?

As for dissembling radicals, note the way in which the controversy over critical race theory is treated by much of the left as either much ado about an obscure scholarly discipline or, alternatively, a beneficent and necessary set of teachings about the past and present of systemic racism in America.

But CRT is neither obscure nor anodyne. It is, according to many of its leading theoreticians, a “politically committed movement” that often explicitly rejects notions of merit, objectivity, colorblindness and neutrality of law among other classically liberal concepts.

That’s no reason to ban teaching it or any other way of looking at the world. But it is dishonest to argue that it is anything less than ideologically radical, intensely racialized and deliberately polarizing. It is even more dishonest to suggest that it exists only in academic cloisters. We live in an era of ubiquitous race-based “affinity groups,” incessant allegations of white supremacy, and pervasive censorship and self-censorship in everything from words that can be said and documentaries that can be watched, to jokes that can be laughed at.

No wonder the debate over CRT-influenced pedagogies in public schools — which liberals insist don’t even exist in the state’s public schools, although they clearly do — had such a galvanic effect on the Virginia race. It exposed the myth that the illiberal currents at play in the United States today are solely a Republican phenomenon. They are not.

It’s fair to debate which kind of illiberalism is worse. But the Democrats’ political problem is either dishonesty about the kind of country they want, a lack of self-awareness, or some combination of both. An America in which group identity takes precedence over individual merit, racial categories become moral categories, success based on achievement is denigrated as “privilege” based on ancestry, blind justice is attacked as systemically biased, and independent thinking risks being treated as heresy, will eventually cease to be a free, fair and just country.

Many liberals who have tasted the progressive moonshine get the point. But too many still feel obligated to take sides against Trumpism when the real enemy is illiberalism writ large, whatever the source. The tragedy of the Republican Party is that too few conservatives had the nerve to fight the enemy within. Voters penalized the party in 2018 by losing the House, and in 2020 by losing the presidency.

The tragedy of the Democratic Party may yet be its own loss of nerve against its in-house extremists. Whether it’s this week or next year, the political penalties are likely to be steep.