Opinion: Lessons for Trump-Kim summit from Reagan, Gorbachev over denuclearisation 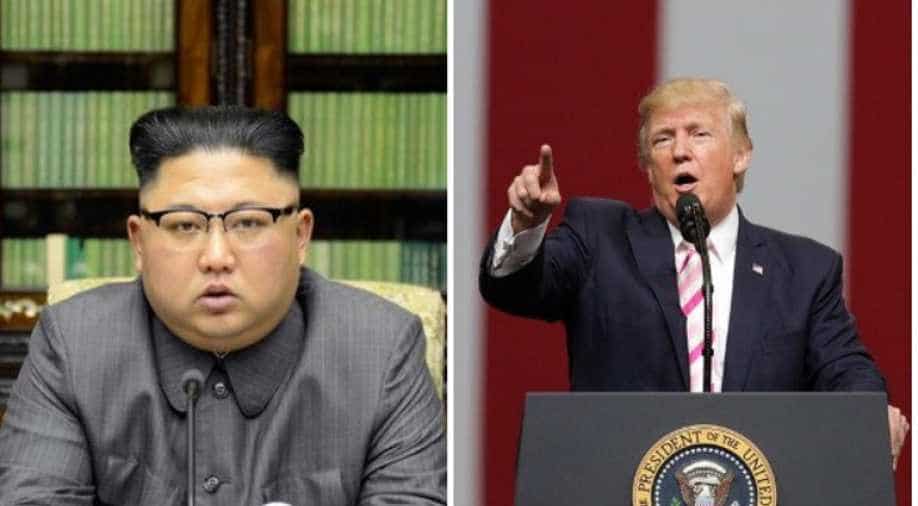 President Donald Trump’s recent announcement that he would meet with Kim Jong-un, leader of the Democratic People’s Republic of Korea (DPRK), took the world by surprise. Never before has a sitting US president met with his North Korean counterpart.

The potential consequences of a meeting depend upon your point of view.

Either Trump has walked into a carefully laid trap laid by Kim, in which the North Korean leader will pocket this great concession on the part of his US counterpart and Trump will leave the summit with nothing to show for his bold and impulsive gamble. Or, the US leader has made a bold and daring move that opens the door to the possibility of transforming the conflict on the Korean peninsula – a conflict frozen in stone since the end of the Korean War in 1953.

The reality will depend on the expectations heaped upon the summit – and a recognition that the personal chemistry of leaders can sometimes lead to the most surprising of diplomatic breakthroughs. A promise of full denuclearisation is unlikely, but a first step towards reassurance and a meeting that signals both Kim and Trump’s peaceful intentions is possible.

In agreeing to hold a summit with the North Korean leader, Trump has given Kim the great prize of diplomatic normalisation and legitimacy, sought by his predecessors. This was denied them by presidents George W. Bush and Obama, who saw a summit as a reward that had to be earned by the North Koreans after they had taken concrete and verifiable steps towards nuclear disarmament.

Some have suggested that Kim has already “won”: even if nothing comes out of the summit, the DPRK will be treated as an equal. The “supreme leader” of North Korea is dangling the juicy carrot of ultimate denuclearisation in the way his father and grandfather did, but like them, he has made any such disarmament conditional on security guarantees.

The question remains whether there is a non-nuclear path to North Korea’s security that is acceptable to its leader. This was an issue that bedevilled, and ultimately derailed, the “six party talks” of the 2000s. If the North Korean leadership believes all that stands between it and US-led regime change is the DPRK’s possession of nuclear weapons, then it would be unwise to stake the success of the summit on how far it achieves the goal of denuclearisation. The fates of Saddam Hussein in Iraq and Muammar Gaddafi in Libya are clear reminders of what happens to leaders who decide to give up nuclear weapons.

But the litmus test of success for the summit should not be judged in terms of whether it achieves an agreement on the DPRK’s denuclearisation. Instead, its success should be judged in terms of how far it promotes reassurance between the two leaders that each is committed to achieving a de-escalation of the conflict that recognises the other has legitimate security concerns.

As we argue in our recent research, face-to-face interaction at the highest levels of diplomacy opens up new possibilities for two leaders to gain a better understanding of each other’s intentions, and even to develop a personal relationship of trust. The most successful case of this kind of interpersonal trust-building and reassurance was the diplomatic summitry between US and Soviet leaders Ronald Reagan and Mikhail Gorbachev.

To be sure, Trump is not Reagan and Kim is no Mikhail Gorbachev. As critics have pointed out, the level of diplomatic preparation at lower levels, as well as the absence of a history of summits between the two parties makes for an imperfect analogy. However, the basic lesson of the Geneva Summit in November 1985 between Reagan and Gorbachev is nevertheless useful.

Its aims were relatively modest: both sides sought and reached agreement that a nuclear war cannot be won, and must never be fought. But what was equally important and ultimately transformational to ending US-Soviet enmity was the personal bond that developed between Reagan and Gorbachev, and the trust that this made possible between these two leaders of formerly enemy states.

If a summit between Trump and Kim could begin a similar process of bonding and trust formation, where each leader recognised that the only security between their two countries was mutual security, then it really could be a game-changer in de-escalating tension on the Korean peninsula. In the end, the lesson of the Reagan-Gorbachev encounters is that neither leader should go into a summit believing that they know what the other’s bottom line is. The whole point of face-to-face diplomacy is to try and reshape each side’s understanding of the other’s intentions in ways that promote trust and mutual security.

*Nicholas John Wheeler is a professor of International Relations Director of the The Institute for Conflict, Cooperation and Security.
**Marcus Holmes is an assistant professor of Government, College of William & Mary.