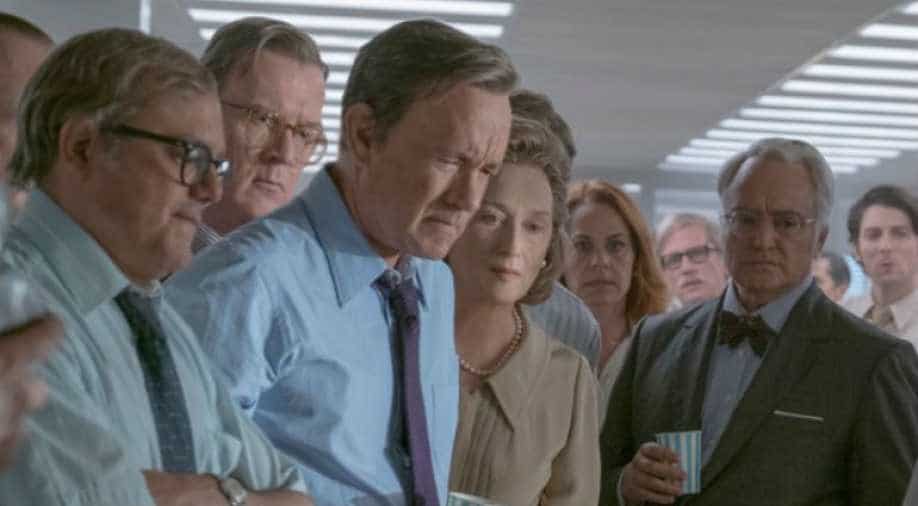 Thank God for the Americans! Strange words to be uttering at this time, and yet within the space of three years their mighty image-making machine, Hollywood, has produced two masterpieces sheeting home to us all the indispensability of a free press.

In an age of so-called “fake news” and “alternative facts”, these stand as a signal reminder of what true news looks like, and how it can – must – be produced in the teeth of opposition from vested interests and government power.

The first of these was Spotlight, the story of how The Boston Globe ripped the lid off a decades-long cover-up by the Boston Catholic diocese of child sexual abuse by its priests. It won the Oscar for best picture in 2016.

The second, recently released in Australia, is The Post. It is the story of how The Washington Post came to publish the Pentagon Papers, the highly classified secret documents that showed successive US presidents from Truman to Nixon lying to the people about American policy in Indo-China and the disastrous course of the Vietnam War.

It is also the story of how Katharine Graham, widow of the Post’s publisher, Phil Graham, was forced to grow into the role of a publisher prepared to run the story in the face of serious legal threats, possible financial ruin and loss of old friendships with rich and powerful people.

It was not a role that came easily to Kay Graham (played by Meryl Streep). In her Pulitzer Prize-winning memoirs, published in 1997, she wrote frankly of how unprepared she was for the role forced upon her by her husband’s suicide.

She was the daughter of a wealthy New York businessman who had bought the Post at a bankruptcy auction in 1933. When she married the brilliant but later seriously ill Phil Graham, her father devolved the role of publisher upon him, not her. Her job was to bring up the children and add lustre to the family’s social position. The film conveys this background economically and convincingly.

It is equally convincing in its depiction of power: newspaper power, legal power and government power. Richard Nixon is in the White House. In an early scene, H.R. Haldeman, Nixon’s chief of staff and notorious bully, rings Graham to try to have a particular Post reporter banned from covering the wedding of one of Nixon’s daughters because the president didn’t like her portrayal of the daughter in an earlier article.

Graham, still finding her feet, looks for ways to accommodate this. She asks the editor, Ben Bradlee (Tom Hanks), if perhaps another reporter could be assigned. But all this is swamped when, on the morning the Post runs a front-page picture of the wedding, it has the pants scooped off it by The New York Times, which has splashed the initial tranche of the Pentagon Papers.

In the flurry to catch up, a Post reporter, Ben Bagdikian (Bob Odenkirk), who was to have a distinguished career on the paper and later at the Berkeley Graduate School of Journalism, tracks down the Times’ source, Daniel Ellsberg.

In circumstances of confidentiality and anonymity, Ellsberg hands him more than 4,000 additional pages from the Pentagon Papers. This confronts Bagdikian, Bradlee, Graham and The Washington Post Company itself with a series of acute ethical, legal and financial dilemmas.

The White House has obtained a court order restraining The New York Times from publishing any more of the papers. The Post’s lawyers advise that if the source for both newspapers is the same, the Post would be in contempt of court should it publish the new material.

At this stage it seems that no one at the Post except Bagdikian knows Ellsberg’s identity, and it is a cardinal principle of journalism that the identity of a confidential source must be protected in all circumstances. One of the lawyers pressures Bagdikian to reveal his source. He refuses to name names but concedes that it is “very likely” to be the same as the Times’.

Graham and Bradlee then face the prospect of being imprisoned for contempt. To make matters worse, the company has just been floated on the stock exchange, and the jailing of the publisher and editor might provide grounds on which the bankers behind the float could withdraw. The company’s future and that of the newspaper and all the staff are on the line.

For Graham there is a personal complication. She is a close friend of Robert McNamara who, as defence secretary, had commissioned the writing of the Pentagon Papers for historical purposes. This friendship now threatens to compromise her. She goes to McNamara and tells him she has a difficult decision to make concerning the papers. She does not tell him what it is because at that stage she does not know herself.

The money men and board members advising Graham urge her not to publish because of the possible impact on the float. Bradlee urges the opposite, saying if the Post caves in to government pressure over this, it will betray its role of holding governments to account.

When Graham makes the decision to “go”, she quietly confronts the condescension of her board – all male grandees – by reminding them that it is her company. Her metamorphosis into a courageous publisher is complete.

And now the power of the press is arrestingly depicted. It is 1971. Linotype machines clatter away setting the body type; banner headlines are set by hand in a Ludlow stick. In the press room, the towering press units are webbed up waiting for the word. Finally Bradlee rings through. The huge presses begin to roll and in a half-darkened newsroom Bagdikian can hear their hammering rhythm.

In the White House next morning an enraged Nixon orders that the Post is to be banned from the premises. It will avail him little. The film closes with shadowy figures moving about the Democratic Party campaign headquarters in a hotel called Watergate, hinting at the scandal that would ultimately lead to Nixon’s resignation.

For people interested in the workings of democracy, in the ethical dilemmas of journalism, in a dramatic historical event that reinvigorated the ideal of a free press, or in drawing parallels with recent events surrounding the Trump White House, this is a film not to be missed.

Denis Muller is Senior Research Fellow in the Centre for Advancing Journalism, University of Melbourne