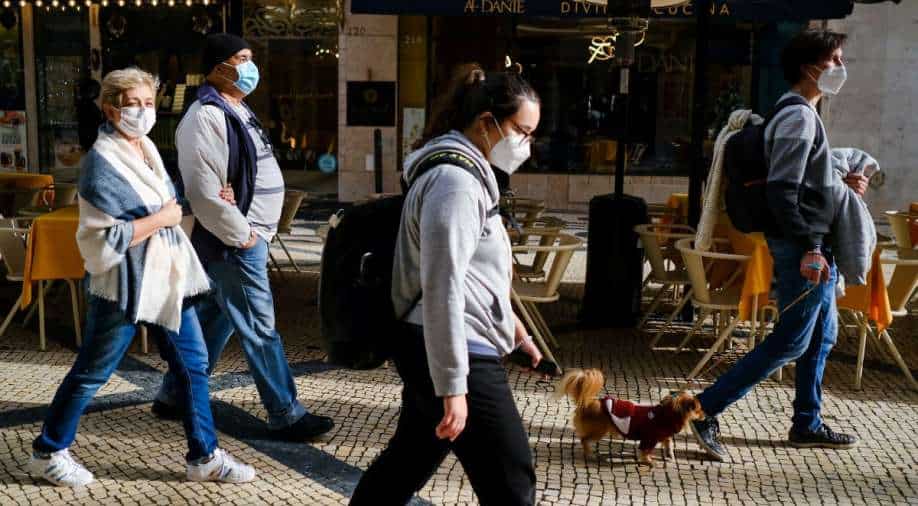 Portugal has the world's fifth-highest death rate from COVID-19 and hospitalisations are on the rise, but both are still far below previous peaks

An Omicron sub-variant has fuelled a surge in COVID-19 cases in Portugal which now has the world's second-highest infection rate, potentially threatening the tourism sector's recovery. Portugal registered an average of 2,447 new cases per million people over the last seven days. That compares to neighbouring Spain's 449 and Britain's 70, according to tracker Our World In Data. The rolling average has subsided slightly in the past few days and is just over a third of the Jan. 31 Omicron peak.

Portugal has the world's fifth-highest death rate from COVID-19 and hospitalisations are on the rise, but both are still far below previous peaks.

Several tourism businesses contacted by Reuters have expressed fears about the surge, but said they had had no cancellations so far. The number of foreign tourists in April was close to levels seen before the pandemic.

More than 90 per cent of Portugal's population is fully vaccinated.

Public health institute Ricardo Jorge said in a report on Tuesday the Omicron sub-variant BA.5 represented nearly 90 per cent of new COVID-19 infections. The BA.4 sub-variant has also been detected in Portugal.

"Portugal is probably the European country with the highest prevalence of this sub-lineage and this partly explains the high number (of cases) we are seeing," Health Minister Marta Temido told RTP broadcaster.

The government lifted most COVID-19 restrictions, including the mandatory use of masks in most indoor public spaces, in April and has said there are no plans to reintroduce measures.

Temido said the use of masks was still recommended and authorities would continue to roll out booster vaccine doses to the most vulnerable.