Obama asked officials about the existence of aliens as US president. What did they tell him? 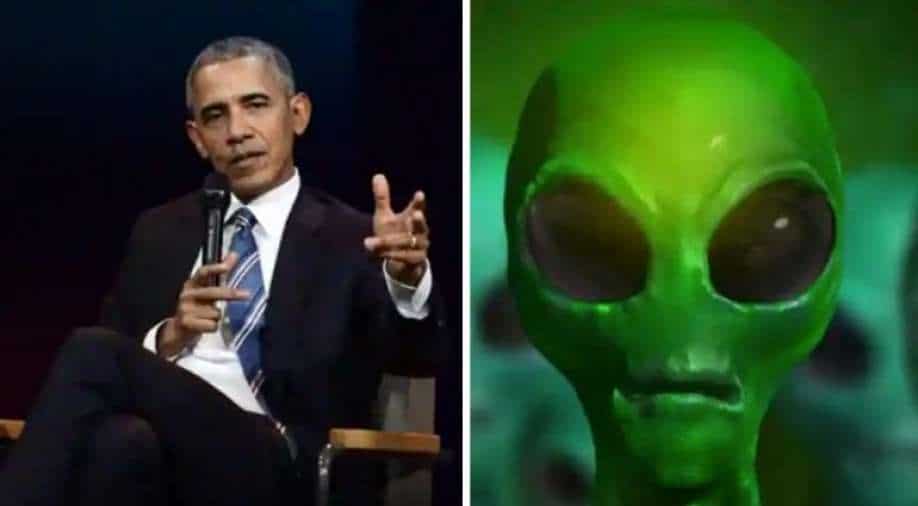 Turns out, former US President Barack Obama had sought knowledge of aliens, and reached out to his officials to find out how much they know about aliens

It has been long believed that the United States has first hand access to aliens, and that they constitute part of the secrets that lie in Area 51, a highly classified US Air Force Facility in Nevada.

Turns out, former US President Barack Obama had sought knowledge of aliens, and reached out to his officials to find out how much they know about aliens. Did he receive an answer? Yes. Is Obama willing to share details about extraterrestrial secrets with the rest of us? Unfortunately, no.

Appearing on the Late Show with Stephen Colbert this week, Obama was asked by Colbert about the kind of classified information he sought during his presidency.

Obama confirmed to Colbert that he asked officials about aliens, but to no avail, as the rest of us will never find out.

On the topic of UFOs Obama said - “Certainly asked about it”.

When Colbert pressed him for more details with a hungry “And?”, he responded with “Can’t tell you”, and followed with a “sorry”. In short, Obama knows something that we don’t. But will he tell us? Most probably not.

Colbert also processed his response along similar lines. “I’ll take that as a yes”, he said to Obama, while adding that if there were no aliens, he would have said that there were none.

Also read: Aliens on 1000 nearby stars could see us, new study suggests

“You just played your hand”, he added, while jokingly saying “I thought you were a poker player”.

In classic Obama style, he topped off the alien conversation with “Feel free to think that”. Earlier, former US President Bill Clinton had told Jimmy Kimmel that he wouldn’t be surprised if aliens existed.

Clinton also said that he had looked into Area 51 and details of what it harboured, and concluded that there were no aliens on the airbase.