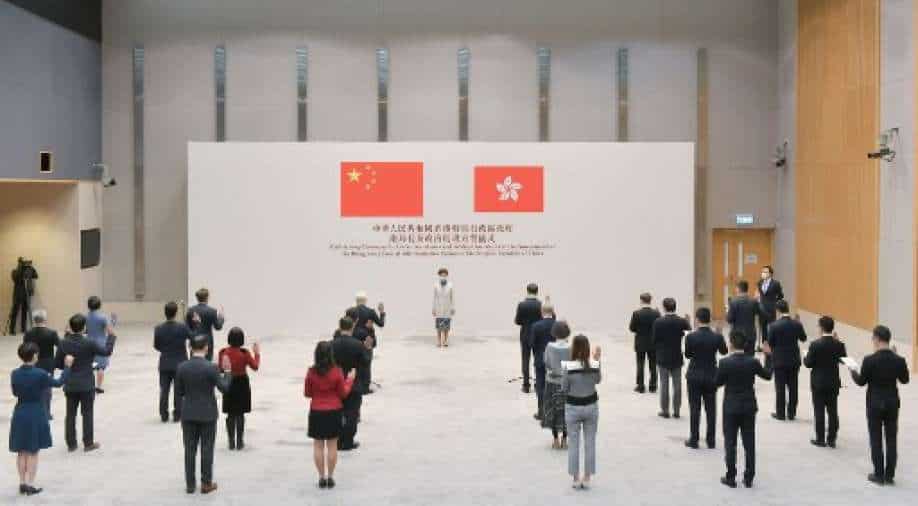 The Hong Kong government today had civil servants take the "loyalty test" as they were asked to take an oath to promise to uphold the city's constitution and "bear allegiance" to the government.

Reports said Hong Kong Chief Executive Carrie Lam was present as the ceremony closed-door ceremony for the pledge as the government said it would "strengthen the public's confidence in political-appointed officials".

Hong Kong has witnessed huge anti-government protests over the last one and half years with demonstrators demanding more transparency from the government. In June, China's legislature passed the controversial national security bill leading to worldwide condemnation.

The six magistrates looking into charges against Lai have been appointed by the city Chief Executive Carrie Lam.

According to reports, the police has also accused Lai of publishing remarks targeted at China and Hong Kong through Twitter after the national security law came into force in Hong Kong.

At least two dozen have been arrested under the national security law and four have so far been officially charged.