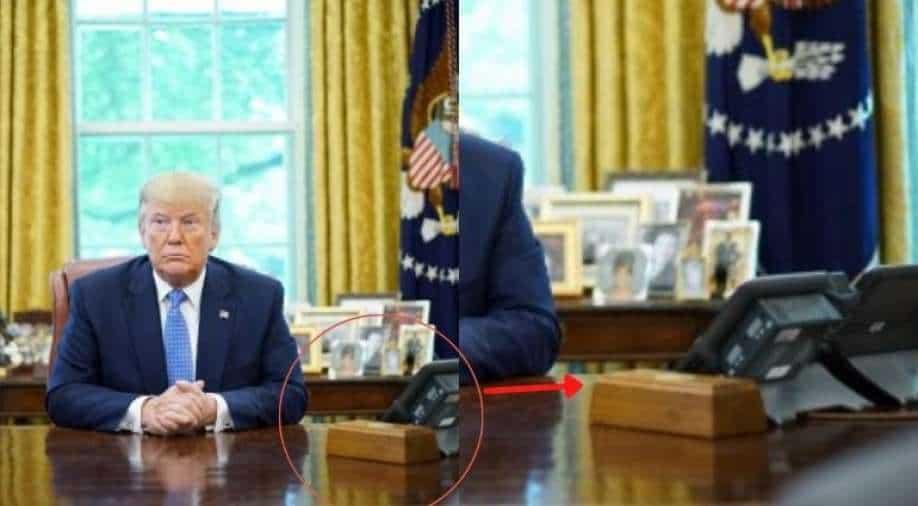 Former President Donald Trump's favourite wooden box which beeped for a Diet Coke has been removed from US President Biden's famous Resolute desk at the Oval Office.

The famous desk has been used by successive US presidents at the White House which is built from oak timbers from HMS Resolute in the 1880s.

Trump had the button put on a wooden box next to his phone on the White House Resolute desk, whenever the ex-president pressed it a butler would enter the room carrying a bottle of Diet Coke on a silver platter.

The ex-US president would reportedly consume a dozen coke bottles a day. Biden has made other changes to his decor at the famous room with pictures of late son Beau Biden, who died of brain cancer in 2015, including family photos of first lady Jill Biden behind the Resolute desk.

Reports say 46th commander-in-chief is a soda fan and prefers Coke Zero, including ice-cream with vanilla. An Ohio-based ice cream company brand had in fact launched a flavour which is Biden's favourite passion.

Trump was not the first sitting president to openly boycott his successor inauguration on Wednesday. In 1801 the second US president John Adams snubbed his successor Thomas Jefferson, leaving the White House at dawn after calling his former vice-president as "a mean-spirited, low-lived son of a half-breed Indian squaw".

His son John Quincy Adams won a disputed election in 1824 against Andrew Jackson, who claimed the vote had been stolen. Four years later Jackson turned the tables after a contentious campaign. Like his father, Adams junior left the White House the night before the inauguration.

Jackson, who brought his slaves to Washington with him, is a hero of Trump's. His portrait hangs by his desk in the Oval Office.